Hassan Ali is also not on the list dispite taking 41 wickets in the season! 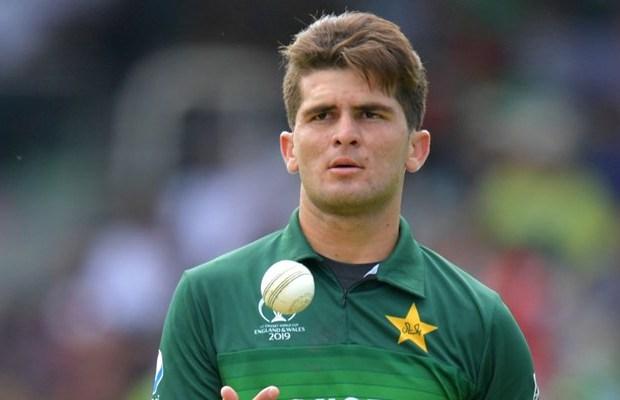 Pakistanis are not happy as Shaheen Afridi has been excluded from ICC’s Test player nominees!

Shaheen Afridi was not on the ICC list of the nominees for the Men’s Test Player of the Year 2021 award.

Pakistan fact pacer Shaheen has taken 47 wickets in nine Test matches that leaving him out has visibly irked cricket fans in the country.

Shaheen Shah has been phenomenal this year, and he is also the 2nd most wicket-taker this year after Ashwin.

Furthermore, Hassan Ali is also not on the list despite taking 41 wickets in the season.

Many took to social media to express their disappointment over ICC’s choice.

Shaheen Shah has been phenomenal this year, in 9 matches managed to take 47 wicket Also he's 2nd most wicket taker this year after Ashwin and not even nominees, SHOCKING #Cricket

Three Bowlers were in the race to get nominated for the ICC Men’s Test Cricketer of the Year:
Ravi Ashwin With 52 Wickets
Shaheen Afridi With 47 Wickets
Hassan Ali With 41 Wickets
But ICC has decided to nominate Kyle Jamieson with 27 wickets!!#Cricket #ICCAwards #shaheenafridi pic.twitter.com/WvnuhYc6IT

🇵🇰 Shaheen Afridi Has Got Most International Wickets in 2021. Performed Really Well in All 3 Formats. Strong Contender for Sir Garfield Sobers Trophy Cricketer Of the Year Award 2021.#shaheenafridi pic.twitter.com/J2imReflRy

Three Bowlers were in the race to get nominated for the ICC Men’s Test Cricketer of the Year:@ashwinravi99 with 52 wickets@iShaheenAfridi with 47 wickets@RealHa55an with 41 wickets

tweet
Share on FacebookShare on TwitterShare on PinterestShare on Reddit
Saman SiddiquiDecember 29, 2021
the authorSaman Siddiqui
Saman Siddiqui, A freelance journalist with a Master’s Degree in Mass Communication and MS in Peace and Conflict Studies. Associated with the media industry since 2006. Experience in various capacities including Program Host, Researcher, News Producer, Documentary Making, Voice Over, Content Writing Copy Editing, and Blogging, and currently associated with OyeYeah since 2018, working as an Editor.
All posts bySaman Siddiqui