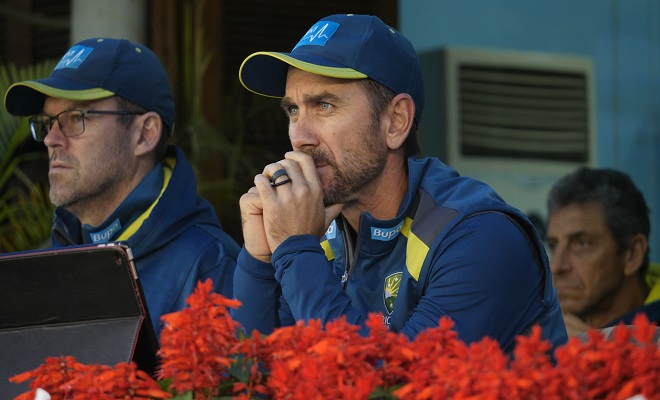 As someone who became an ardent fan of cricket in the 90s, Australians were to be feared. Superhuman nasty cricketers who were willing to do that extra bit to succeed. Shane Warne the master, the legend didn’t mind abusing the daylights out of a twenty-something Imran Nazir. The infamous Justin Langer flick the stumps by hand and then appealed for hit wicket. One could quote many such examples.

So when the Cape Town “incident” came to light, not many had any sympathy for the Australians. They were no longer the brutal winning machine. Nevertheless, their ways had not changed. David Warner was stilling punching Joe Root, Michael Clarke had little hesitation in threating tail-enders and Australians were still in-charge of where to draw the line.

And then Cape Town happened. The reaction in the Australian public, in general, was a bit confusing. The Australian team were always finding ways to get ahead in the game. Ball-tampering had been going on for decades. But these three men were scapegoated to achieve something greater.

In this backdrop, the misfortune of these three players (and Australians fans, who saw their team as the salt of the earth), proved to be a massive stroke of luck for Amazon Prime. There were plans to do this fly on the wall type of documentary for a while, but this was the most opportune moment. A change had to be enforced, a gigantic change of attitude and approach.

Who was made in charge of it? Justin Langer…yeap the hit wicket guy! We all know, how it went on-field.

The off-field drama was as riveting. While the series has a fair bit of heated moments, there was some key aspects of the documentary which revealed that these are just a bunch of human beings.

For example, in the very first episode of the series, World Cup winning Australian Keeper Brad Haddin questioned the intent of the team. It was really revealing that as they lost one match after another, instead of focusing on the lack of skill or team balance, this was more about mental approach. The coaching team then set up a process for the players. The idea was to stick to the process and results will follow.

Something that also highlighted in the 2nd episode was how important was the role of spin coach Sridharan Sriram. All along he seemed the right-hand man of Justin Langer. His ‘speech’ before the final day of the 1st test against Pakistan in the UAE, seemingly made a huge difference in the Australian’s fight back. Usman Khawaja played a marvellous inning, yet also saw how his approach and that of the coach Justin Langer varied. There is a lot of talk of how the two respect each other, yet has Khawaja been treated fairly? You decide.

As a Pakistan fan, there is something to enjoy from that Sarfaraz-Fakhar partnership in the 2nd test of the same series. Pakistan were down and out before the duo had a match-defining partnership. Tim Paine talks with a lot of agony about that partnership.

Moving forward to the 3rd episode, we arrive at the India series, from the start, the Australian camp looked unsettled and unnerved. They talked about how the selection is an imperfect process, the batting looked meek and the coaching team was divided if Aaron Finch was the right man to open the batting. As the fortunes on-field dwindled, we saw helmets taking hits in the dressing room, bats being smashed on the floor and gloves flying across the rooms. Cheteshwar Pujara with his stonewalling and Virat Kohli with his imposing batting and on-field antics got the better of the Australians. And boy they didn’t like it. Justin Langer, repeatedly emphasized that had the Australians behaved like the Indian captain, they would have faced sanctions.  For example, someone seemingly as composed as Tim Paine lost his cool and had a go at Virat Kohli. In complete opposition of the team strategy of not engaging with the master batsman.

The loss of series led to some ‘honest conversations’ in the dressing room. Something interesting takes place in the 4th episode. Historically Australian cricket teams were known by their captains…it was always Alan Border’s team or Steve Waughs’ team. This felt like a Justin Langer team. However, after the India loss, Tim Paine in a way stood up to JL. If fact the whole team opened up. The following conversation between Osman Khawaja and the coach in the presence of the whole team is particularly revealing.

Khawaja: We can’t control result but must try to be better as players, staff, everyone, being better at controlling our emotions, be more level headed, without making it too complicated, I guess that is what boys are saying

JL: Is that coming from specific people

K: I think the boys are intimidated by you, walking on eggshells sort of thing.

JL: so you are specifically talking about me.

K: I feel like boys are afraid to say it. Let me clear this up. This is no way of us saying we are losing because of this. That is all.

JL: I don’t think players knew how I felt.

After one particular loss, JL walks into the dressing room, we see him for a distance. He is clearly fuming. Just before he is about to let the steam out, he glances towards the camera. And then stops himself. I wonder if that part after that was edited out.

Next came the India tour. Langer didn’t particularly enjoy being in India. He felt that at times due to overbearing fans, things became claustrophobic. During this series, we really get to know how things have changed in the Australian cricket culture when the close friendship of Adam Zampa and Marcus Stoinis came to light. Some players jokingly made references about how they are almost too close but overall it was accepted.

Again Usman Khawaja made some interesting observations here. Having debuted in 2010, he said that at the time, being an Australian cricketer meant doing certain things and behaving in a certain manner. Now, it has changed and different characters are accepted. From a cricketing point of view, he emphasized that it is very much a skill-based game. If you have the skill and the mind is ready, you will perform. External factors don’t matter. The away win in India proved that.

As a Pakistan fan, it was disappointing that the UAE ODI series was overlooked. As a cricket fan, I understood the reasons. Soon, David Warner and Steve Smith came back into the side. JL gives a customary speech about looking ahead and we swiftly go past the whole Capetown incident. It felt a bit rushed. But perhaps they wanted to focus on the future. Next the series covers the World Cup and we see Pakistan give opportunities to an out of form David Warner. Australia had gained some momentum but with injuries, they were forced to make changes. Some might argue that England were just a better ODI side.

Post World Cup we got to the real show, the Ashes. Australia hadn’t won an away Ashes series in 18 years (they still haven’t). Their plan had been to peak at the right time. The coaching staff had been preparing for this. Especially in the selection, they were ruthless. When JL talks about this being a squad game and only three fast bowlers will be playing, the camera focuses on a sheepish Mitchell Starc. Did the cameraman know something at the time? You would recall, Starc made a comeback in the latter half of the series.

When the series started, we saw the greatness of Steve Smith. Even in the dressing room, the captain and the team didn’t shy away from the calling him ‘the best batsman in the world’. We see a cricketer growing in Marnus Labuschagne under the shadow of Steve Smith. Jofra Archer’s introduction brought balance to the series. We saw that these elite professionals got nervous watching someone ball at rapid speeds.

The third test brought the match of the summer as Ben Stokes drove England to victory. We saw Tim Paine owning a mistake of not bringing the field in. His defence was simple, he wanted to Stokes to play out of the rough and make a mistake. Yet, the loss as jarring as it was didn’t deter the Australian. JL made them watch the last session the next day together and the team moved on to win the series. Once they had achieved it, you couldn’t help but feel happy for the Australians. It did something I always thought was impossible. Feel empathic towards an Australian Cricket team.

Eventually, it could be said that Justin Langer was the star of this story. He was brought up as a “hard nut”. On the other hand, he believes in the benefits of yoga and walking barefoot on the grass. As a cricketer, his success came by being hyper-aggressive, yet as a coach, he is trying to cultivate a more amicable culture. A team that can be ‘liked’. He wants them to have light banter with the opposition but not be abusive. A difficult balance to achieve.

Justin Langer talks like a child with a wide-eyed wonder for the baggie green. He seemingly struggles daily to find the balance between aggression and passivity. That conflict is essayed beautifully by this documentary.

An absolute must-watch for any cricket fan.