Virat Kohli was found in breach of Level 1 of ICC Code of Conduct. 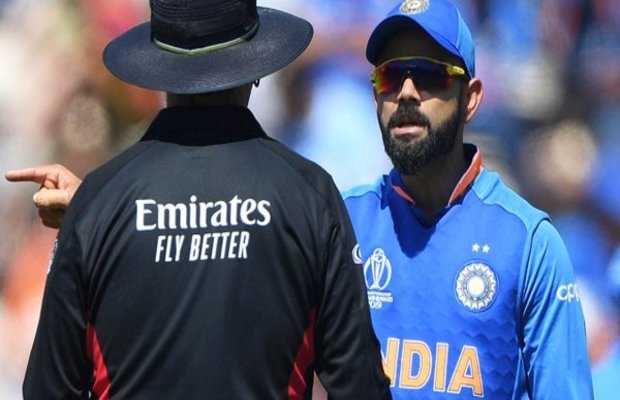 India captain Virat Kohli has been fined 25 percent of his match fee for breaching Level 1 of the ICC Code of Conduct during the ICC Cricket World Cup match against Afghanistan at Southampton on Saturday.

Skipper Kohli was found to have breached Article 2.1 of the ICC Code of Conduct for Players and Player Support Personnel, which relates to “Excessive appealing during an International Match”.

A demerit point has also been added to Virat Kohli’s disciplinary record after he was found in breach of Level 1 Code of Conduct.

In the match against Afghanistan, Kohli approached umpire Aleem Dar in an aggressive manner in the 29th over of Afghanistan’s chase of 225 after Jasprit Bumrah trapped Rahmat Shah in front.

Aleem Dar was unmoved but Kohli pleaded aggressively with the umpire after which India had lost their only review early in the innings. 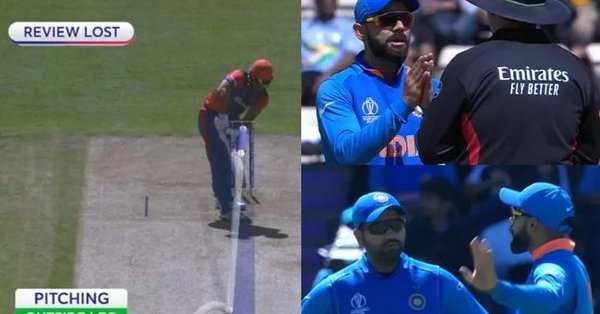 Kohli now has two demerit points after having got one demerit point during the Pretoria Test against South Africa on 15 January 2018.

When a player reaches four or more demerit points within a 24-month period, they are converted into suspension points and a player is banned Two suspension points equate to a ban from one Test or two ODIs or two T20Is, whatever comes first for the player.

tweet
Share on FacebookShare on TwitterShare on PinterestShare on Reddit
Saman SiddiquiJune 23, 2019
the authorSaman Siddiqui
Saman Siddiqui, A freelance journalist with a Master’s Degree in Mass Communication and MS in Peace and Conflict Studies. Associated with the media industry since 2006. Experience in various capacities including Program Host, Researcher, News Producer, Documentary Making, Voice Over, Content Writing Copy Editing, and Blogging, and currently associated with OyeYeah since 2018, working as an Editor.
All posts bySaman Siddiqui