Wahab Riaz sent back from London airport over wrong visa

At ‘The Hundred’ cricket tournament Wahab will play for Trent Rockets. 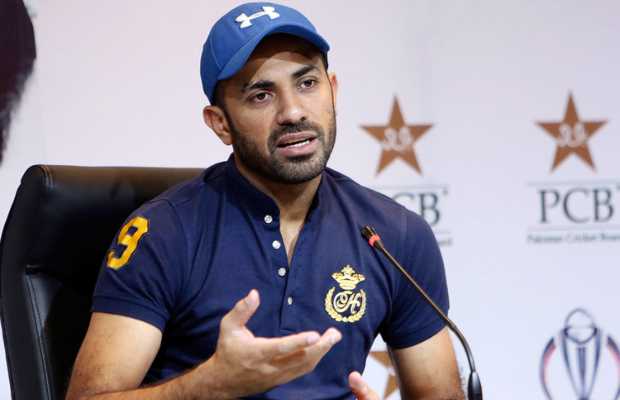 Pakistani fast bowler Wahab Riaz, who was to participate in ‘The Hundred’ cricket tournament, was sent back from the London airport over visa issues.

As being reported, after landing at the Heathrow Airport, immigration authorities informed the left-arm bowler that he has the wrong visa and can not be allowed into London.

The 35-year-old cricketer is reported of getting the visa error rectified and will soon travel again.

At ‘The Hundred’ cricket tournament Wahab will play for Trent Rockets as a replacement for Nathan Coulter-Nile, the Australian all-rounder.

“We are aware that Wahab Riaz has had an issue with his visa and is travelling back to Pakistan to prepare the correct paperwork. Trent Rockets will arrange for a short-term replacement if required,” a spokesman for The Hundred told Cricbuzz on Friday.

A number of international stars have continued to pull out from ECB’s ambitious pet project ‘The Hundred,’ including another Pakistani cricketer, Mohammad Amir.

The franchise added that they have a backup plan for Riaz; he hasn’t played a T20 game since December.

Riaz, who has played 27 Tests, 91 ODIs, and 36 T20Is, incidentally, is not a centrally contracted player of the PCB.

He was captain of Peshawar Zalmi which reached the finals of PSL 2021.

tweet
Share on FacebookShare on TwitterShare on PinterestShare on Reddit
Saman SiddiquiJuly 10, 2021
the authorSaman Siddiqui
Saman Siddiqui, A freelance journalist with a Master’s Degree in Mass Communication and MS in Peace and Conflict Studies. Associated with the media industry since 2006. Experience in various capacities including Program Host, Researcher, News Producer, Documentary Making, Voice Over, Content Writing Copy Editing, and Blogging, and currently associated with OyeYeah since 2018, working as an Editor.
All posts bySaman Siddiqui