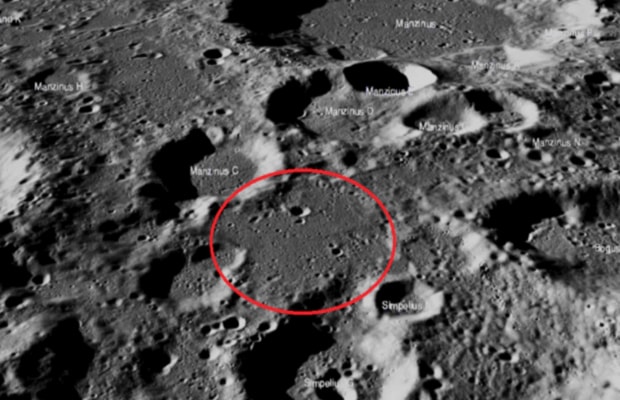 Three months after India’s moon lander Vikram was lost in the quest to land on the moon, NASA has located the crash site of the space vehicle. In recently released images, NASA has revealed Vikram’s debris that’s scattered at dozen different places over a distance of several kilometers from the crash site.

Lunar Reconnaissance Orbiter (LRO), NASA’s satellite that hovers over the moon has been successful in finding the debris of the unmanned space vehicle that set out for the mission on September 6. After being released from the main spacecraft, to land on the moon in five days, Vikram lost contact from the Indian Space Research Organization (ISRO) and crashed on the lunar surface.

However, a few days later ISRO claimed to have located the lost moon lander which later turned out to be a lie. On September 26, NASA and independent researchers started looking out for the Indian lost spacecraft.

Shanmuga Subramanian was amongst the first to locate the first debris of Vikram, approximately 750 meters northwest of the crash site. NASA has now been able to identify the exact location of the failed mission.

Vikram was launched by India as Chandrayaan-2 (Moon Vehicle 2) in July to fulfill its dream of becoming the fourth country to step on the moon. Earlier, the U.S, Russia, and China have been successful in their mission.