Saheefa Jabbar Khattak tries to talks some sense to the Ramazan Transmissions producers!

Honestly speaking when a country on a daily basis is reporting more than 4000 COVID-19 positive cases and over 100 deaths, the ongoing Ramzan shows portray as if All IS WELL!

Calling out the ongoing lengthy special Ramzan transmission, popular model turned actress labeled it as having problematic content and not following COVID-19 SOPs.

“On one hand, the government, and the public are trying their best to follow SOPs, make compromises on their luxurious lifestyle, and give up all activities to contain the spread of the virus. But on the other, the Ramzan transmissions are allowing large people gathering which will be a serious threat to the life of people, ” she wrote in an Insta story.

Log Kya Kahenge actor continued saying, “COVID is at its peak. Cricket leagues are getting cancelled, countries in the subcontinent are going into lockdown and strict curfews are imposed on peoples everywhere — we are well in the middle of this horrendous and treacherous third wave,” said Saheefa urging everyone to follow SOPs and wear a mask at all times.” 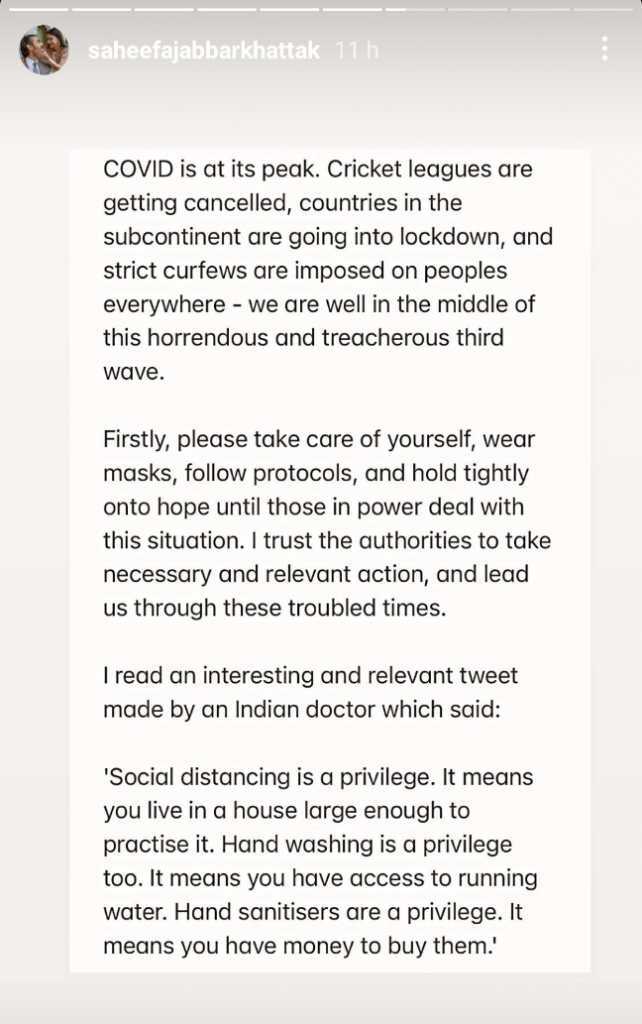 “They do not follow protocols and are filmed on sets where crews as large as 60 to 70 people are not quarantined and don’t operate inside a bio secure environment. This is a blatant breach of government policy and just shows our inherent insensitivity to the situation,” Khattak objected.

“Rather, they seem hellbent on ridiculing and insulting human beings in the name of entertainment and profit. It’s crass, rude, and has zero respect for human dignity. I’m sorry but this frustrates me a lot!” she added. 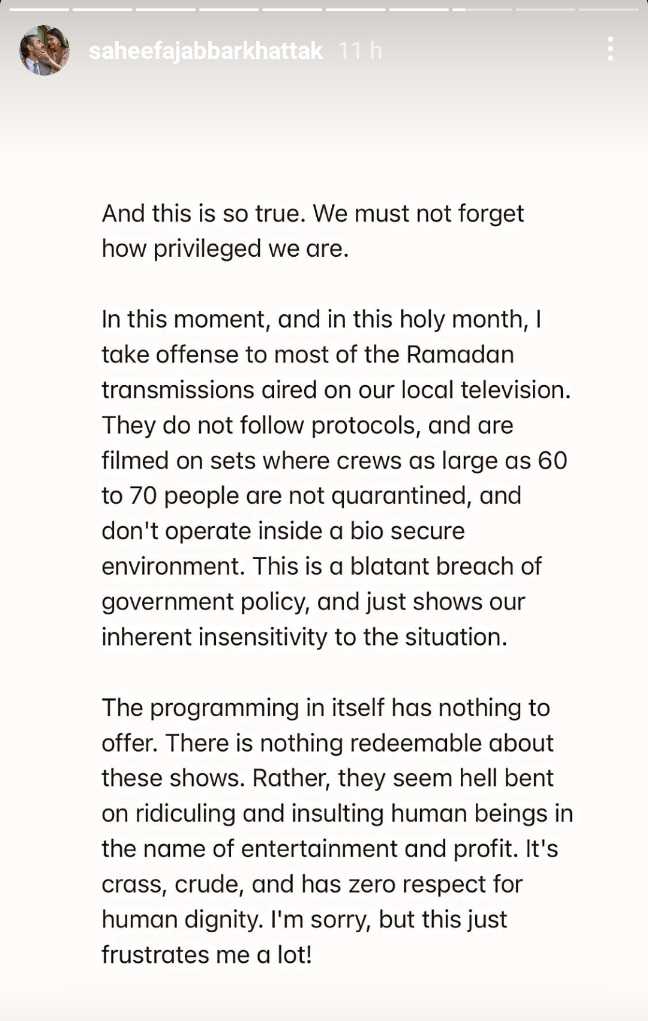 Khattak also suggested that the airtime can be used to “spread awareness about COVID and enforce message sent out by the government.”

“There was no better time to do it in Ramazan, but no, how would people win a Corolla then? Spend Eid while practicing social distancing, recognise your privilege and try to see through the lies we consume through the magic box!” concluded Saheefa. 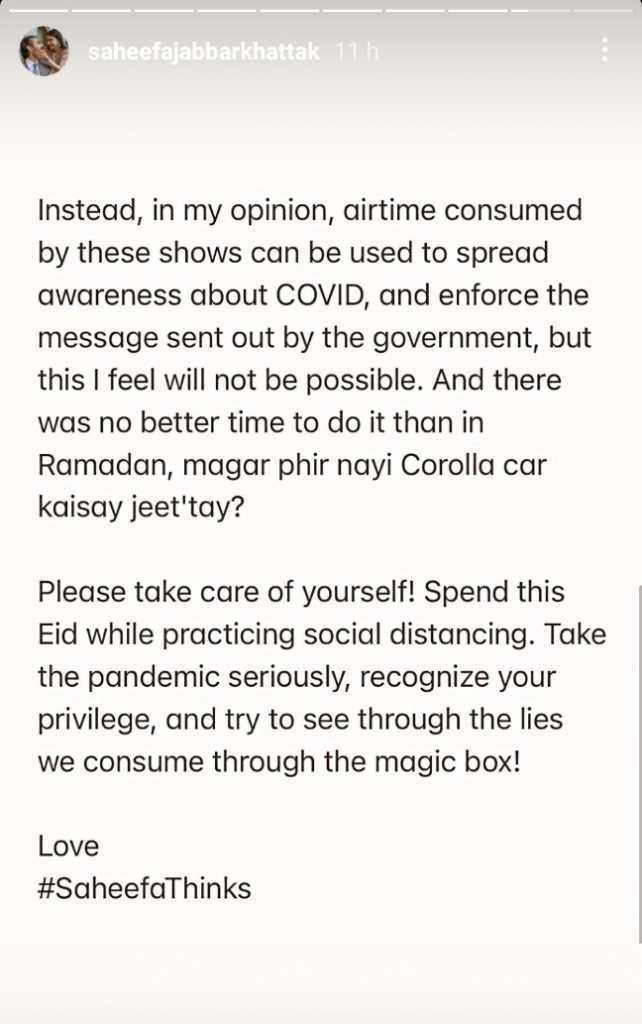