The actor talked about how he met, proposed and ended up with the love of his life on a local TV show. 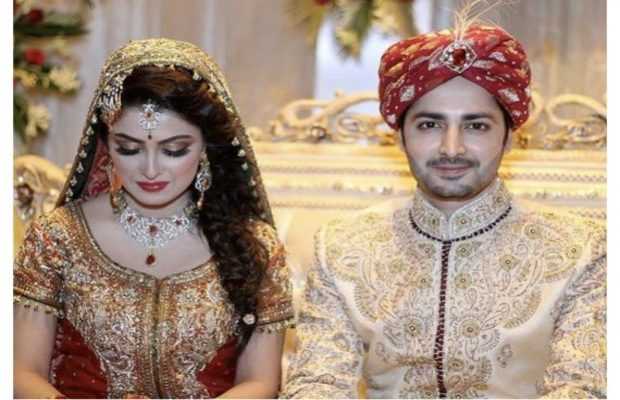 Danish had met Ayeza on Orkut for the first time than her mother first and asked her permission to marry her daughter - OyeYeah News
12Shares
1.52KViews

Did you know that Danish Taimoor had met wife Ayeza Khan on Orkut? Neither did we until Danish revealed it on a local TV show recently.  In a recent interview with Maria Wasti on BOL TV, Danish had a detailed discussion about how he met, proposed and ended up with the love of his life, Ayeza Khan.

“The first thing I did was propose her for marriage. Before Facebook there was Orkut, and that’s where I started speaking to her. She was a big fan of mine, which initially led to an argument,” Danish said recounting how his love story initially started off.

“She complimented our serial while revealing how big of a fan she was of mine, so I thought, this is a really nice woman and she should be in my house after marriage. Then I asked her if she wanted to marry me, but she refused to believe it, ” Danish continued revealing his wife was initially his big fan.

He then met Ayeza’s mother first and asked her permission to marry her daughter. That’s how Ayeza and Danish got married.

Danish ended off the conversation by saying he believes in destiny and it seems the two were clearly destined to be together.

The couple has been happily married for six years now and have two children. Both of them continued working after marriage and have been managing their personal and professional lives efficiently.