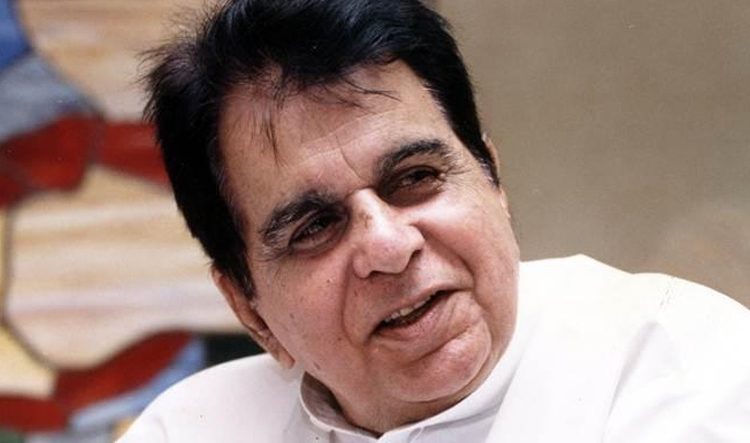 Bollywood’s veteran actor who has ruled the silver screen for decades, Yousuf Khan who is known as Dilip Kumar turns 96 today. This whole year he has been in and out of the hospital for his health conditions.

Message was shared on twitter, saying, “Message frm Saira Banu: My Kohinoor, my sahab, the man of my dreams, my Yusuf jaan and I can’t thank enough- the millions of well-wishers, friends and family for your beautiful messages, calls and greetings on our 52 years of marriage today, Attaching a personal fav. photo –SBK”.

Dilip Kumar still rule the hearts of millions for playing the legendary character in the iconic film ‘Mugal-e-Azam’, there are many more extraordinary films to his credit including Ram aur Sham, Aan, Devdas, Kohinoor, Gunga Jumna, Shakti, Vidhata, Karanti, Karma, Saudagar and the list goes on and on. Dilip Kumar was last seen in the Quila in 1998.

Family friend Faisal Farooqi, who keeps fans posted about Dilip Kumar’s health statuses on Twitter, while talking to the news agency IANS has shared about his health and birthday plans.

He told, “Saab has never wanted to celebrate birthdays. The last birthday we celebrated as a big event was his 89th birthday, which was in 2011 and of course, Saab enjoyed that. Dilip Saab is not a big fan of celebrating birthdays”.

Sharing updates about his health, Faisal said, “He has not fully recovered but he is making great progress. Saab is resting at home, having his meals, interacting, but obviously one of the things that the doctor has advised us to be cautious about is the infections. So, we curb the access of a lot of people to meet him”.

Dilip Kumar’s diehard fans including Bollywood celebs, have taken to social media sending him birthday wishes and prayers for his health.

“Today marks the 96th birthday of an actor who revolutionised acting and set standards impossible to meet even today. The legendary @TheDilipKumar. Plan to watch one of his classics tonight with family. Sahab, aapka saaya hum sab per humesha salamat rahe. Ameen.” AZ

T 3022 – The ultimate MASTER of his craft .. Dilip Kumar – Mohammed Yusuf Khan .. turns 96 .. prayers and duas for his good health and happiness always .. the history of Indian Cinema shall always be written as 'before Dilip Kumar and after Dilip Kumar' 🙏🙏🌹 pic.twitter.com/qAsOW9v5uy

…bringing naturalness to every character with unmatched finesse.
Thank you for the unforgettable movies & songs which are special treasures for a lifetime. Wishing you joy, peace, happiness, comfort & healthy life ahead.#HappyBirthday. pic.twitter.com/5NX2VcBg3c

Happy birthday @TheDilipKumar sahab. We pray for your happiness and good health. Have a wonderful day.

#DilipKumar is an invaluable gift, that we have received. The subtle nuances,the incredible dialogue delivery, unconventional and effortless acting styles are some of the key features of Dilip Kumar's versatility. He is much more than just a tragedy king! #HappyBirthdayDilipKumar pic.twitter.com/uT9YX5VgBg

Happy birthday to the veteran Actor, the Great Dilip Saab. Years are coming and gone, but your charm can never be shattered. Hope you have a great birthday filled with family, friends and lots of love. Wishing you happiness and wellness forever. #DilipKumar pic.twitter.com/cDWqZz8rxi

Many happy returns of the day to @TheDilipKumar! May the lord bless you with long life, health and happiness!
In this iconic film Ram aur Shyam with my late grandfather! pic.twitter.com/OBC0hrqDmA

birthday wishes to the greatest of all ..living legend !#DilipKumar @TheDilipKumar 💐 pic.twitter.com/xpipoxhi9A

Birthday greetings to Bollywood’s living legend, the one and only @TheDilipKumar . May God give you strength to recover completely. You are the darling of millions of Indians and other South Asians. pic.twitter.com/x82lFiTro5

For me the true meaning of the word ‘Life Partner’ has only been best represented and described by the years of togetherness shared between Dilip Kumar Saab and Saira Bano Jee❤️❤️ @TheDilipKumar @faisalMouthshut #dilipkumar #sairabano #saab #bestcouples #bollywoodlegend pic.twitter.com/bhjkqpWNpb

"An honest journalist changes the life of a hoodlum.."

Happy Birthday, #DilipKumar. Considered one of the greatest actors Indian cinema has ever seen, and described as the 'ultimate method actor' by director Satyajit Ray, Dilip Kumar is an icon in every sense of the term. @TheDilipKumar @faisalMouthshut @SrBachchan @aapkadharam pic.twitter.com/h6qd1KQe4d

A very happy birthday Dilip Sahab,
Thank you for being such an inspiration to millions! ✨
#DilipKumar

My Best Wishes To Janab #DilipKumar Ji On His Birthday. Wishing Him A Happy, Healthy, Long & Successful Life. Many Many Happy Returns Of The Day. Happy Birthday To You ! @TheDilipKumar pic.twitter.com/ZhKEi5ztfH