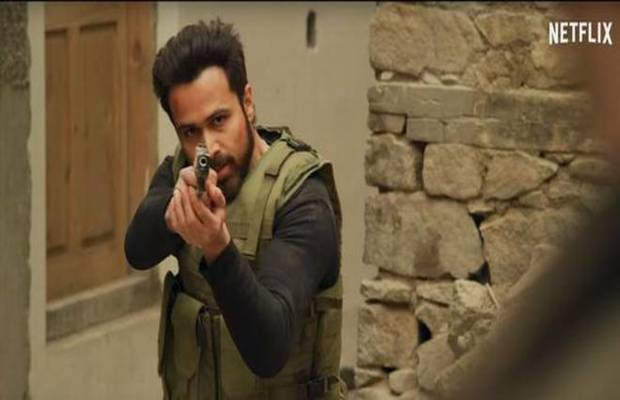 Earlier last month when Shahrukh Khan revealed teaser of his first Netflix production Bard of Blood, many found the plot controversial and propaganda filled, to say the least. Many at the time took to social media to raise voice over the show’s subject that once again tries to shed a negative light on Pakistan.

DG ISPR Major General Asif Ghafoor was amongst those who called out SRK for portraying a rather fictional image of Indian army in his movies and not raising voice over Indian brutality in the Kashmir region.

“You could rather promote peace and humanity by speaking against atrocities in Indian occupied Jammu and Kashmir and against Hindituva of Nazism obsessed RSS,” said DG ISPR as he reminded SRK of the reality of Raw spy Kulbhushan Jadev.

Stay in bollywood syndrome @iamsrk . For reality see RAW Spy Kulbhushan Jadev, Wing Comd Abhinandan & state of 27 Feb 2019.
You could rather promote peace & humanity by speaking against atrocities in IOJ&K and against Hindituva of Nazism obsessed RSS. https://t.co/0FWqoRQsO6

Now almost a month after the Twitter spat, lead actor of Bard of Blood Emran Hashmi has tried to rest the matter.

“To put things to rest, there is no propaganda here. This is based on a book that is written by a [then] 20-year-old kid back in 2014. The political climate at that point of time was very different. There is no agenda to it. Our show is based on that book and that’s that,” said Emran while talking to India Today.

“You can’t please everyone. You make a show of this nature, which has some kind of political relevance, and it’s going to snowball and you will have people talking. Everyone has an opinion these days,” he added.