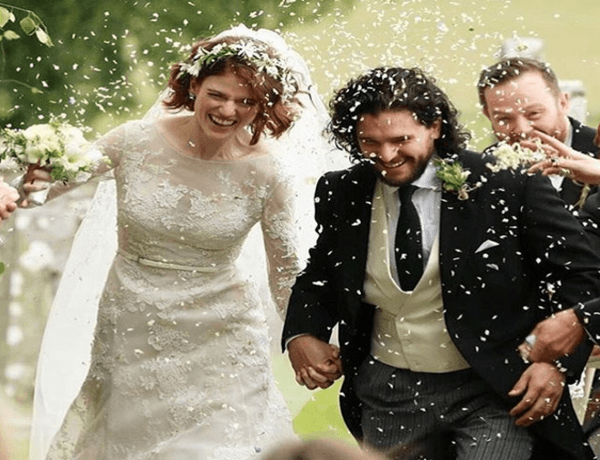 The show biz wedding of the year took place on 23rd of June as the stars from world famous TV series Game of Thrones, Rose Leslie and Kit Harington tied the knot in northern Scotland, at a church in Aberdeen shire. 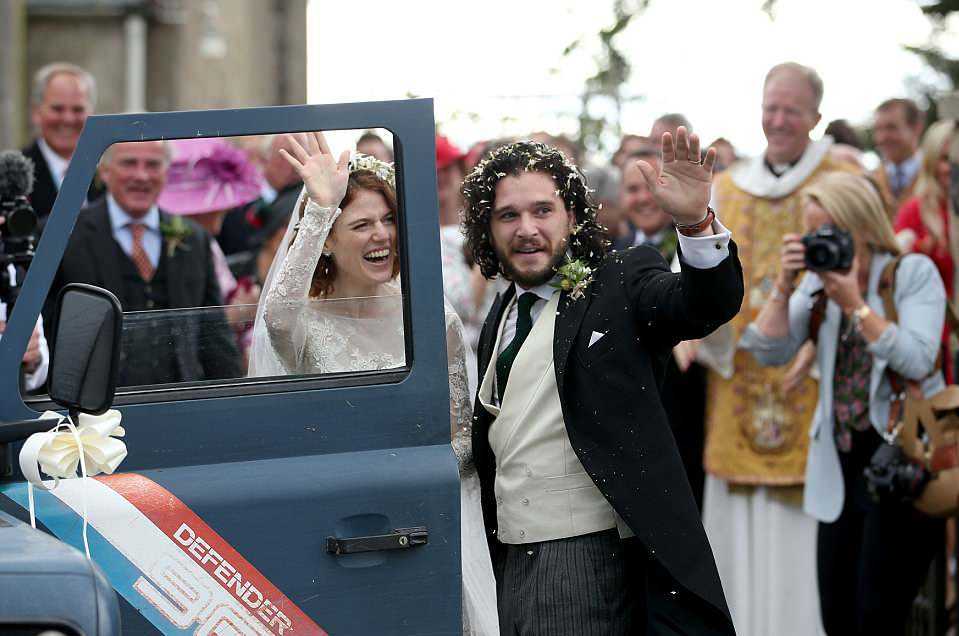 The guests at the wedding lined the path outside Rayne church in Kirkton of Rayne as the newlyweds left they were cheered and showered with flower petal confetti. Many GoT fans also lined across the road, outside the chapel to get a glimpse of their favorite couple.

Following the ceremony, the celebrations continued at Wardhill Castle, a 900-year-old castle in northeast Scotland owned by Leslie’s family. The couple got into an old Land Rover Defender decorated with paper hearts and tin cans tied to the back and road off for the Wardill Castle.

Many of the co-stars from the Game of Throne series were invited at the wedding. Emilia Clarke, who played Daenerys Targaryen, and Peter Dinklage, who played Tyrion Lannister were in attendance. Others that were present to grace the wedding ceremony were Maisie Williams, Sophie Turner, Jack Donnelly and Malin Akerman. 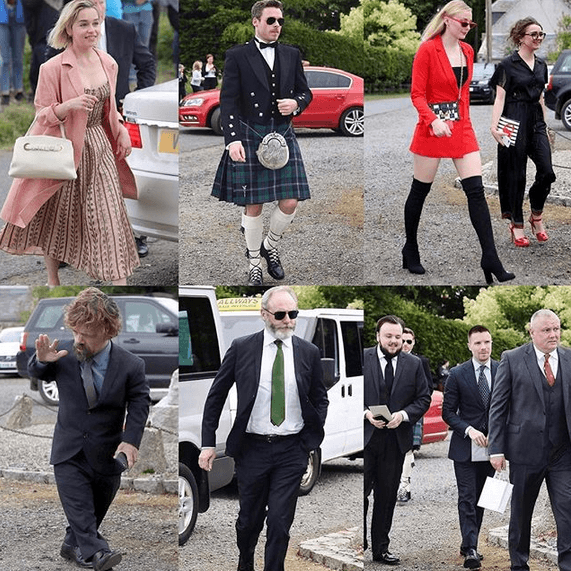 The bride appeared as she headed into the chapel on the arm of her father. Rose made for a beautiful bride wearing an absolutely stunning lace gown by Elie Saab. 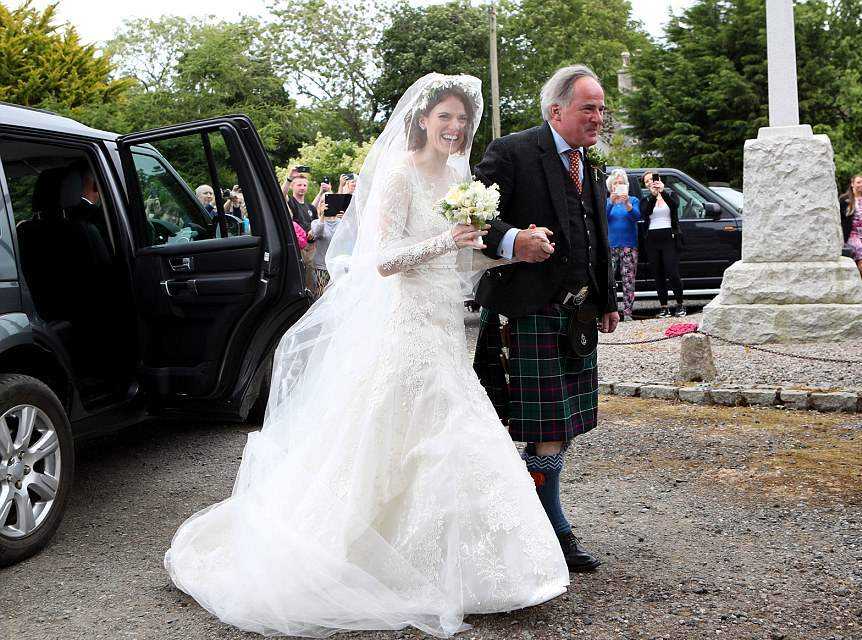 Groom arrived looking a bit concerned in his morning suit but not wearing a top hat. 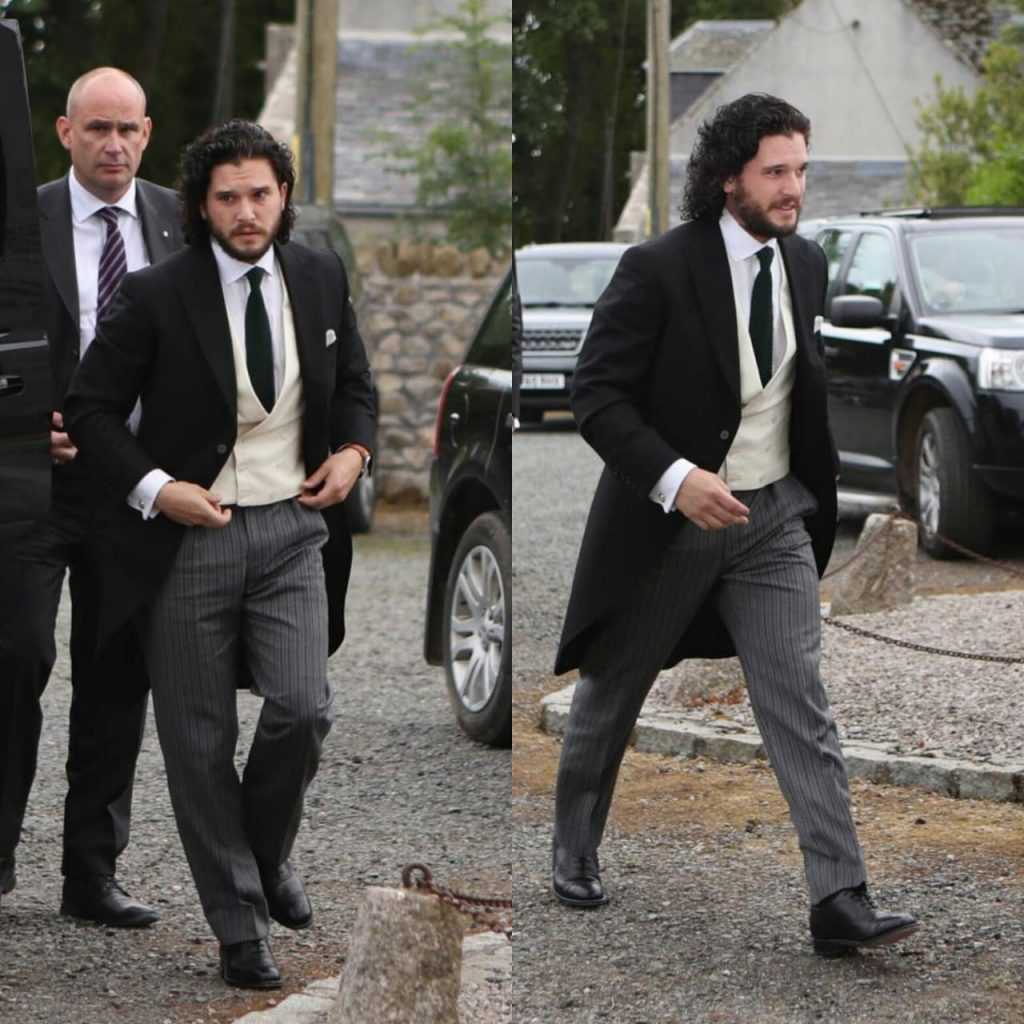 The couple began dating in 2012 after meeting on the Game of Thrones set, Rose left the show in 2014, but Kit Harington’s iconic character Jon Snow has appeared in every episode of each season.

Jon Snow and Ygritte are getting married in real life

tweet
Share on FacebookShare on TwitterShare on PinterestShare on Reddit
Saman SiddiquiJune 25, 2018
the authorSaman Siddiqui
Saman Siddiqui, A freelance journalist with a Master’s Degree in Mass Communication and MS in Peace and Conflict Studies. Associated with the media industry since 2006. Experience in various capacities including Program Host, Researcher, News Producer, Documentary Making, Voice Over, Content Writing Copy Editing, and Blogging, and currently associated with OyeYeah since 2018, working as an Editor.
All posts bySaman Siddiqui