Meghan too has a cohesive opinion to her husband’s reason 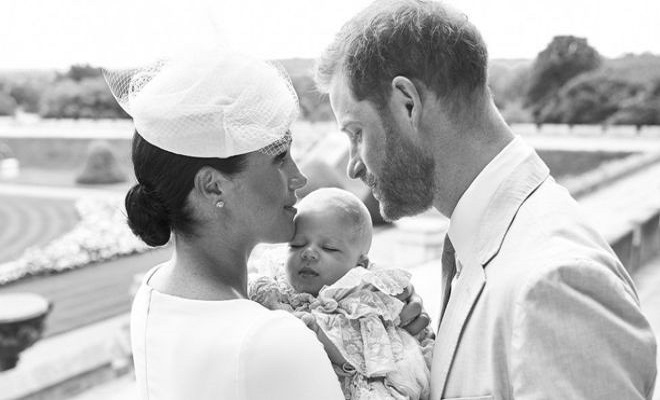 This is no hidden fact that both Prince Harry and his wife Meghan Markle are very protective of their son Archie’s exposure in media and public eye. This is the reason both Duke and Duchess of Sussex kept the birth of their son a private event and then his recent christening was also kept under wraps and away from media eye. In a latest new published in one of UK’s publications, it has been further revealed that Harry’s protectiveness does not end at Archie but instead it started from his wife Meghan and there’s a very strong reason of his actions.

Harry who grew up in public eye and always remained a center of media’s attention actually despises the whole celebrity status. It has been known that both Harry and his older brother Prince William have repeatedly stated their aversion from media particularly after their mother Princess Diana’s death. In some way, both Harry and William also blame the media for their mother’s untimely demise and grew up having resentment for the paparazzi.

After his mother’s death, Harry drifted further away from media’s attention and has always wanted to keep his privacy intact. This is the very reason that after his engagement with Meghan and media’s scrutiny against his lady love, he had issued a statement showing his displease over the whole fiasco. Harry had categorically said that he would not allow anyone to scrutinize Meghan just because she is dating a royal.

Albeit their wedding was a grand public affair, Harry and Meghan both tried to maintain their privacy after moving out to Windsor Castle. As a result of Harry’s protective instincts, the couple also chose to keep their son Archie’s birth a very intimate affair and only allowed the media after a few days, as per the couple’s own choice.

While Prince Harry’s efforts to keep media at bay are understood, it has also come to surface that Meghan who has also been used to of celebrity status has a cohesive opinion to her husband’s. Both the husband and wife have faced some or the other consequences of being a public figure, and do not wish for their son to go through the same scrutiny of public eye.