Ketchup Bottle Designed By Ed Sheeran Sells For Over $1800 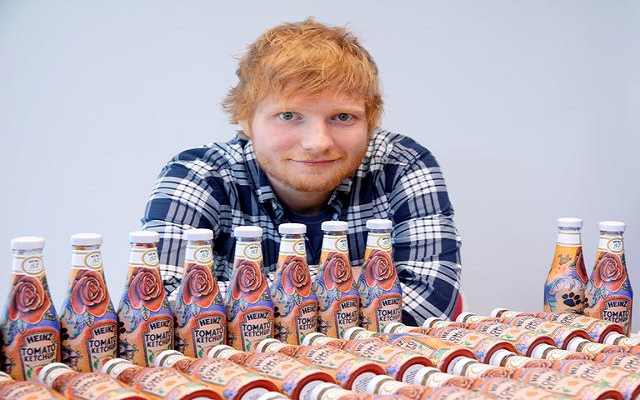 To celebrate Heinz, famous Tomato Ketchup brand, 150 special bottles, limited edition, with tattoos of the British sensation Ed Sheeran, have been made. First three of these limited edition bottles were also recently sold at an auction in London for over 1,500 pounds, $1816.

“What is special about the bottles is that they have Ed Sheeran’s tattoos on the label. They’re part of the label, so its his sleeve on our sleeve,” said Nigel Dickie, director of corporate affairs at Kraft Heinz.

About 104 bottles will be available as prizes in a free global draw and the remaining would go out to Sheeran and Heinz museums and superfans. According to Sheeran, money raised from the bottles will be donated to East Anglia’s Children’s Hospices, a charity supported by him and also Rise Against Hunger, supported by Heinz.

As a matter of fact, Ed Sheeran happens to be a super fan when it comes to Heinz Tomato Ketchup as the singer has the label tattooed on his arm as well. Earlier, Sheeran and the brand had collaborated for the TV advertisement and also released Tomato Edchup.