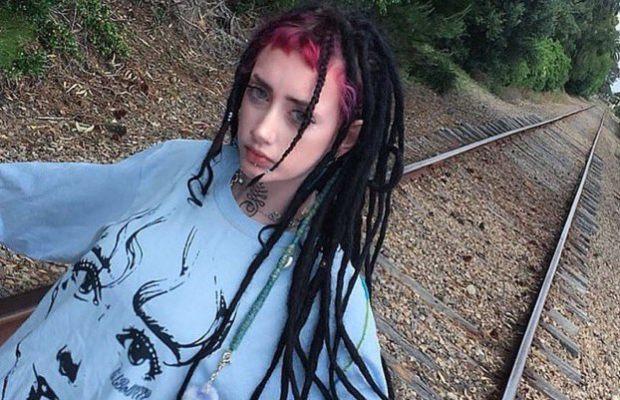 Lil Bo Weep, a popular Australian singer and YouTuber, is dead at 22!

The confirmation of her death was made by her father in a social media post.

Australian singer whose real name was Winona Brooks had a massive fanbase on Tik Tok and Instagram started her music journey on SoundCloud in 2015.

Her single “Codependency” has hit five million streams, while her follow-up “Not OK But It’s OK” has gained over 12 million listeners.

Her father, Matthew Schofield, confirmed the news of her death on Sunday (6 March).

He revealed that Lil Bo Weep died due to “depression, trauma, PTSD, and drug addiction”.

“This weekend we lost the fight for my daughter’s life against depression, trauma, PTSD, and drug addiction that we have been fighting since we got her back from America through emergency repatriation DFAT [Department of Foreign Affairs and Trade] but broken,” the singer’s father wrote on Facebook.

“She fought hard against her demons as we all did a side by side next to her and picking up the broken pieces over and over again but she could not fight anymore and we lost her,” Schofield wrote.

“As her dad, I am proud of her beyond words as she is my hero, my daughter, and my best friend that I love so so much. She is no longer hurting now with the universe wanting their angel back,” he added.

“A big part of me is lost at the moment but I ask respectfully that my close friends try not to ring me until I get some way through this.”

The news of Weep’s death came as a shock to her admirers, leading to tributes pouring in on the Twitter timeline.

Rest in Piece angel❤️ you were so loved and your music helped so many individuals #lilboweep pic.twitter.com/uJUKmPfNy9

Rip Lil Bo Weep
First heard “i wrote this song 4 you“ and loved your music immediately 💜 I’m so sorry you suffered i wish this Angel was still here and never met anyone that would hurt you pic.twitter.com/WQU752U4vn

lil bo weep died today… drugs seem to ruin everything but we love them it’s a sick place we call home.

Lil bo weep was the first larger artist to really support me and show love which honestly helped me gain confidence as an artist and I’ll always be thankful for that. She was a true artist to her core. I know her music will continue to inspire & resonate w/ many. Rest easy Winona pic.twitter.com/K0yFCd2ZOV

The announcement comes after teary-eyed Weep turned to her Instagram on one of her final posts, narrating the struggles of losing a child.

Weep in a video post on Instagram said that she wanted to conduct a memorial for her late child, and asked whether anyone in Adelaide would be “kind enough” to conduct the service for her and with her.

In the caption, the singer wrote: “I am heavily dosed on Seroquel [antipsychotic medication] to avoid any psychosis from my CPTSD.”

“I have recently found out my fertility has been affected by growing up with a severe eating disorder. If you so so so any sort of a ninja Cerner I recommend to really think about what you’re doing to yourself because I may never be able to have a full-term pregnancy or have a child of my own due to the way I treated my body,” she said.