Nick-Priyanka offered to get married again at Burj Khalifa

Emaar invited Priyanka and Nick to come to Dubai 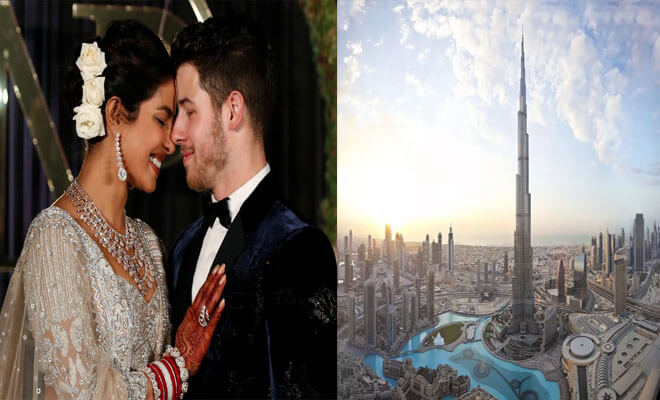 Priyanka Chopra and Nick Jonas tied the knot earlier this month in a grandiose ceremony in Jodhpur. The couple exchanged wedding bands and vows at a Catholic wedding at the royal Umaid Bhawan Palace on December 1. This was followed by a Hindu ceremony the next day.

The couple’s wedding weekend concluded in a lavish reception which was attended by family, friends and Indian Prime Minister Narendra Modi.

Fast-forward to now and the new couple is now invited to say their vows once more, this time in Dubai.

In a tweet on Friday, Emaar invited Priyanka and Nick to come to Dubai and say their vows once again. Not only that, the couple will be doing it at the Burj Khalifa’s spire – the highest man-made point in the world. Emaar asked the couple to send them a direct message if they are up for it. On top of that, Emaar says that they have planned out the whole ceremony!

RT if you want to see this happen@priyankachopra @nickjonas, your love story has melted our hearts & we'd like to invite you to Dubai to say your vows once again, at the highest man-made point in the world: The @BurjKhalifa #Spire. We've planned it all, DM us if you're up for it pic.twitter.com/4EiKqBGVpN

The invite has since gone viral and fans of Priyanka and Nick are clamoring for the couple to consider the opportunity.