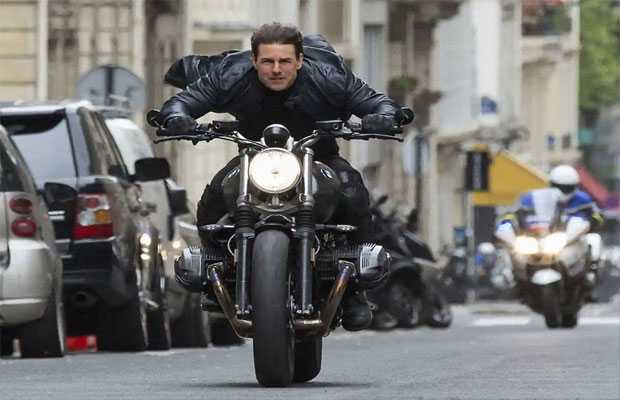 One of the biggest and the latest installment in the action series was put on hold earlier this year after the COVID-19 pandemic, though it has now resumed production.

A leaked footage from the shooting of Tom Cruise’s upcoming film “Mission Impossible 7” has taken the internet by storm. It is is currently being obsessed over Tom Cruise who pulled the stunt of a lifetime by showing up announced at a London cinema to watch a screening of Christopher Nolan’s Tenet, one of the first big movie releases in a world racked by coronavirus.

The video shows Tom Cruise, playing Ethan Hunt in the movie, jumping off a long ramp over the edge of a mountaintop, leaving the viewers gasping in horror.

The motorcycle goes crashing to the ground and Tom Cruse follows it. The actor had a parachute attached and is seen landing safely.