TriStar Pictures has released a few photos from the upcoming film about Mister Rogers starring Tom Hanks in the titular character and the Oscar winner nails the look! 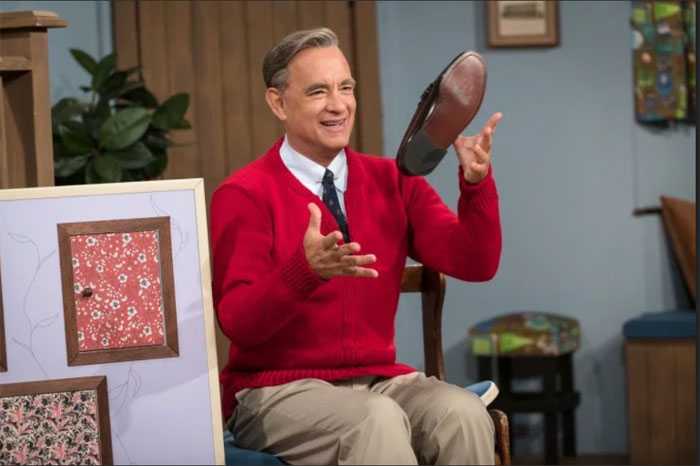 The film, A Beautiful Day in the Neighborhood, is being directed by Marielle Heller. Tom Hanks is playing Fred Rogers, the man behind Mister Rogers Neighborhood, the classic show for children that ran from 1968 through 2001.

This film is based on an article from journalist Tom Junod, who wrote about the friendship which was formed between the two before Rogers died in 2003.

Actor Matthew Rhys is playing the role Junod, a reporter for Esquire who is assigned to profile the TV icon. But Junod is skeptical of Rogers, who eventually wins him over and changes his perspective on life. 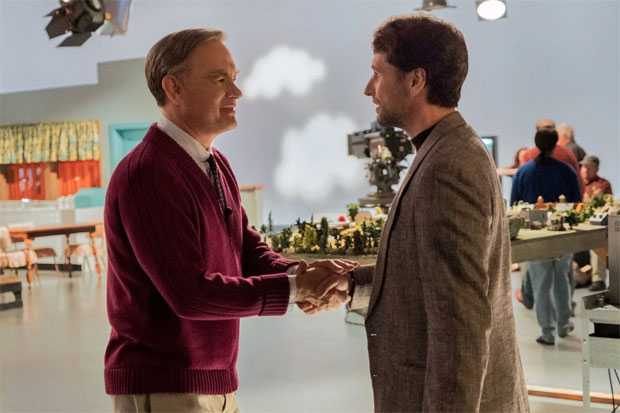 According to the film’s original synopsis, Two-time Oscar®-winner Tom Hanks portrays Mister Rogers in A Beautiful Day in the Neighborhood, a timely story of kindness triumphing over cynicism, based on the true story of a real-life friendship between Fred Rogers and journalist Tom Junod. After a jaded magazine writer (Emmy winner Matthew Rhys) is assigned a profile of Fred Rogers, he overcomes his skepticism, learning about empathy, kindness, and decency from America’s most beloved neighbor.

A Beautiful Day in the Neighborhood is slated for release on 22nd November 2019.