As being reported, Umer's Sharif's last remains will reach Karachi in the wee hours of Wednesday. 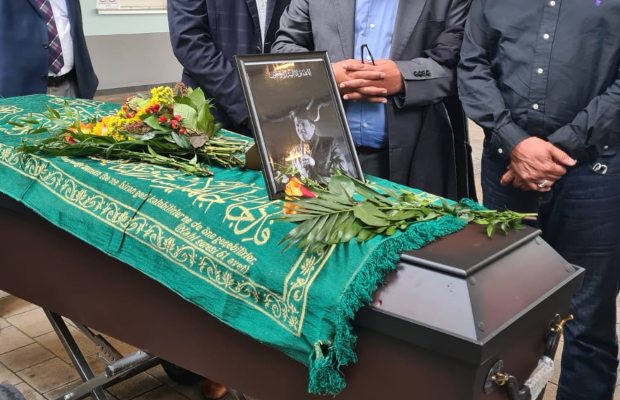 Pakistani community and Muslims of the area attended the funeral prayers at Monday noon held at the Turk mosque.

King of Comedy Umer Sharif passed away in Germany after a prolonged illness on Saturday, Oct 2.

He was admitted to a hospital in Germany’s Nuremberg on Wednesday after his health condition deteriorated during his flight to the United States.

The last remains of Pakistan’s legendary comedian are likely to arrive in Pakistan on Tuesday.

According to the news source, the body of Umer Sharif is being transported to the airport after the performance of his funeral prayers in Nuremberg, Germany.

Sharif’s last remains would be transported to Karachi via Munich, while the widow of the deceased comedian, Zareen Ghazal, will be traveling to the port city tomorrow morning (October 5), the source added.

Umer Sharif will be laid to rest at Abdullah Shah Gazi graveyard in Karachi, according to his wish.

In recognition of Umer Sharif’s services, Karachi’s underpass is to be named after him.