The actor went to cast his vote and helped an old woman climb the stairs, adorable! 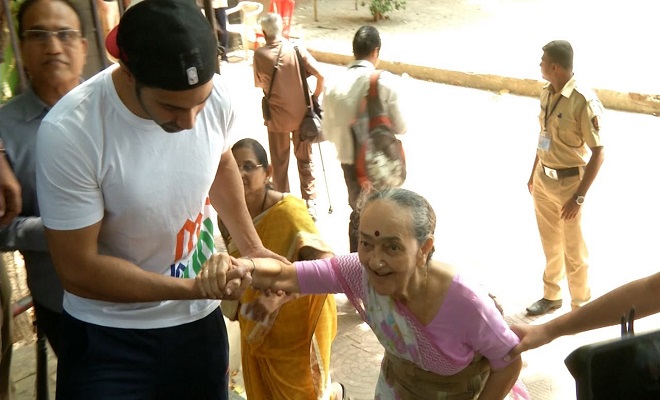 If you are not living under a rock, you must be aware of the ongoing General Elections in the neighboring country India. The election has entered into its fourth phase and many Bollywood celebrities have casted their vote now.

Recently at a polling booth, Varun Dhawan was spotted with his father. But before Varun would have gone to cast his vote, he helped an elderly woman climb stairs all the way up.

As seen in the video, Varun is genuine, kind and humble as he proceeds his way up the stairs. He then greets his fans around before going in to cast his vote. We are just awed at the Bollywood actor’s kind gesture, way to go Varun!