Bollywood showers love for Aamir Khan on his 56th birthday.

Aamir Khan who is known as Mr. Perfectionist in the Bollywood film industry made his debut on screen as a child actor in his uncle Nasir Hussain’s film Yaadon Ki Baaraat (1973).

While as an adult, his first feature film role was in the experimental film Holi (1984).

Through his career spanning over 30 years in Bollywood, Aamir has established himself not just as a leading star but also as a director, filmmaker, and television talk show host.

As the actor turned 56, his fellow stars took to social media to extend wishes to the Dangal star.

Kareena Kapoor Khan on Sunday took to her Instagram handle and wished her co-star on his birthday. She shared a new still from Laal Singh Chaddha featuring Aamir Khan.

“Happy birthday my Lal… There will never be another like you…Can’t wait for people to see the magic you have done in this diamond of a film,” Kareena Kapoor captioned the photo.

Aamir and Juhi both marked their debut with Qayamat Se Qayamat Tak in 1988.

“A 100 trees for Aamir. Looking back, I feel so happy, fortunate & blessed to have worked with Aamir, we had so many fun moments so many…..did such wonderful work & made such memorable films together !! Happy Birthday, Aamir,” Juhi captioned her post.

A 100 trees for Aamir. Looking back, I feel so happy, fortunate & blessed to have worked with Aamir, we had so many fun moments 😂😝so many…..did such wonderful work & made such memorable films together !!🤩🙏🌟Happy Birthday Aamir. @aamir_khan @ishafoundation #CauveryCalling pic.twitter.com/GlJUNSbF50

Ajay Devgn extended B-day wishes by sharing a photo of the duo on Instagram,  with a caption saying: “ Happy returns of the day dear @_aamirkhan. I have some fun memories of us from our Ishq shoot. Time hasn’t dulled those…Lots of love.”

Anushka Sharma who has shared the screen with Aamir in his biggest Bollywood blockbuster PK posted a smiling-still of her co-star in Insta story and wished him that he may have a wonderful year. 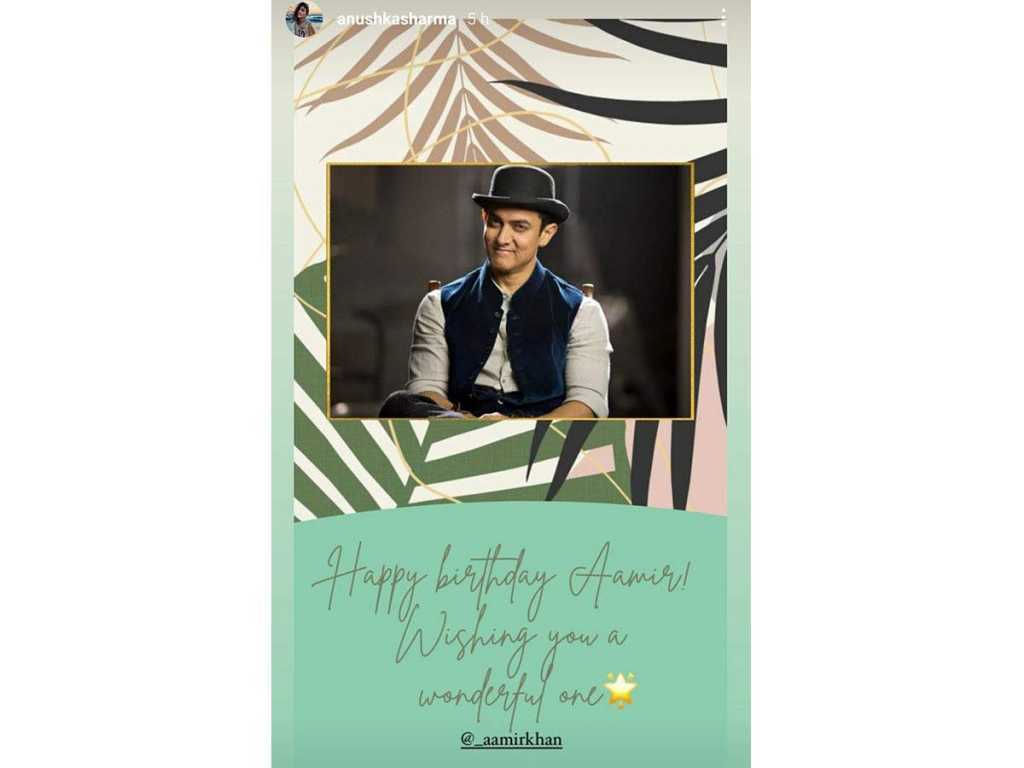 Varun Dhawan wished him a happy birthday by sharing some unseen photos with Aamir Khan on his Instagram story. And thanked the superstar for inspiring an entire generation. 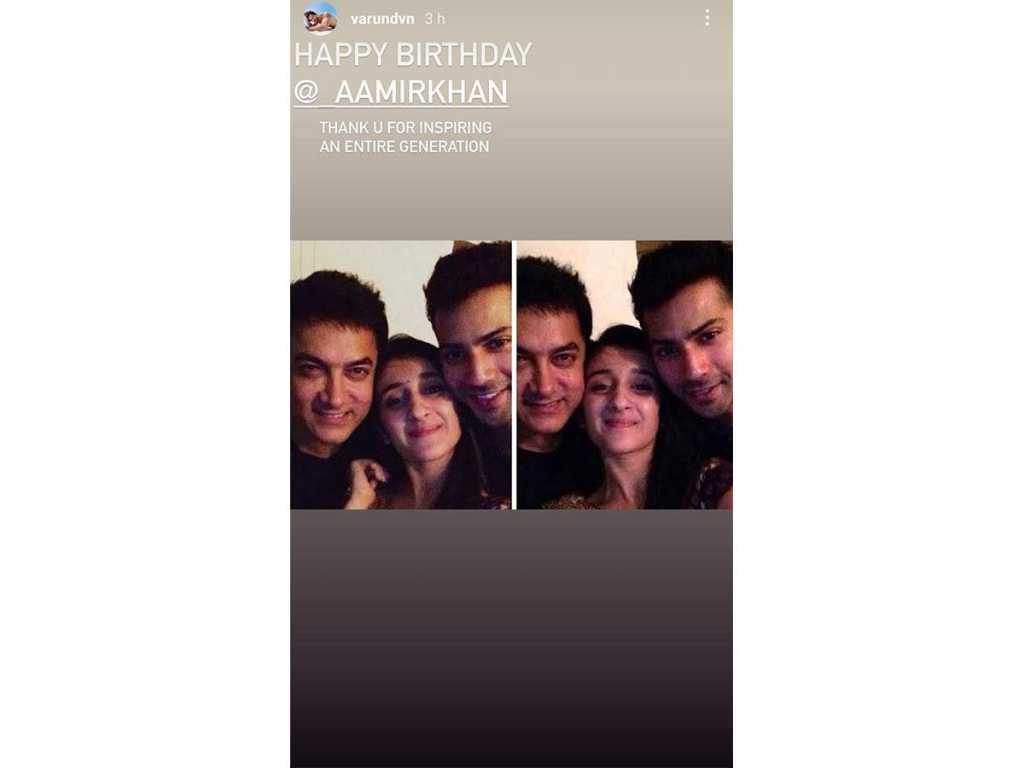 The wishes weren’t just limited to above mentioned Bollywood celebrities.

Happy birthday @aamir_khan sir! Wish you the best of health and happiness always. Lots of love

Happy Birthday Dear @aamir_khan … have a great day & keep inspiring us with your great work. Much love ❤️

They were waiting in the studio for the ambush when they found out who was coming over for the music recording.
Here's wishing you a wonderful birthday from me and your two big little fans @aamir_khan! ✨ pic.twitter.com/Qn4np4khga

Wishing you a very happy birthday & a wonderful year, @aamir_khan!
May the coming year be filled with happiness, success and good health. pic.twitter.com/7BOaGUlVdG