It’s the second case of its kind in the metropolis 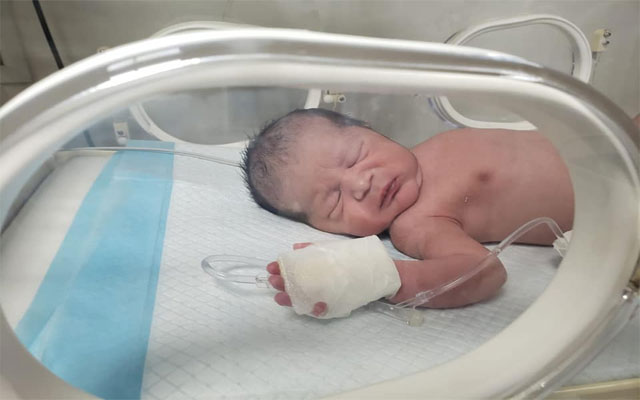 A woman infected with coronavirus gave birth to a healthy baby boy on Saturday in Karachi.

It’s the second case of its kind in the metropolis, reports said adding that the newborn has initially tested negative of the highly contagious disease.

The 35-year-old had undergone testing for COVID-19 after she started showing symptoms last week and later diagnosed with the disease. She was registered with the hospital at Dow University of Health Sciences (DUHS) Ojha campus.

A spokesperson from DUHS said that the special arrangements regarding the baby’s delivery were made after the mother tested positive.

The baby was born through a planned C-section and weighed 3.1 kgs at birth. Two children of the infected patient were also born via C-section previously, according to the DUHS, adding that both the mother and the baby were doing well.

The baby was immediately shifted to the children’s unit of the hospital soon after his birth and his blood samples were taken to learn whether he was infected with the virus, the hospital administration said.

In the evening the report of the baby’s initial COVID-19 test came back negative, the blood samples had also been taken to test for a possible coronavirus anti-bodies, reports said.

The reports said that further diagnostic tests of the newborn are being carried out.

The woman’s husband and other family members have not been infected with the virus, the reports added.