Dil-e-Momin Episodes 3 and 4 Review: Maya fancies that Momin too loves her

Momin's parents are planning to take his proposal for Ashi 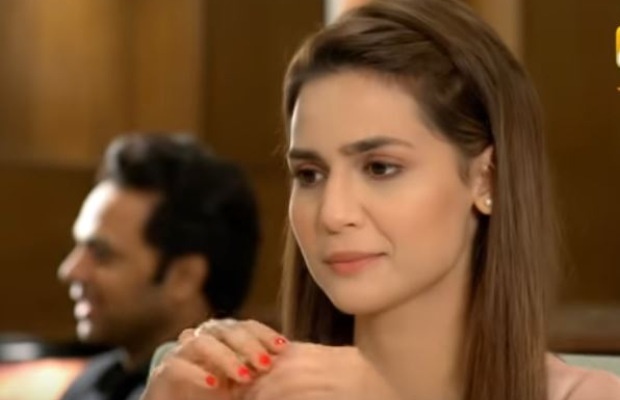 The newly started 7th Sky Entertainment’s production drama Dil-e-Momin is now 4 episodes down, being aired consecutively for two days on Weekend, the story has progressed smoothly. In the previous episode, we have seen that Maya professes her love for Momin but she did not wait for his response. In this episode, it is shown that Maya gets mistaken, as Momin mistakenly attends her call thinking of it as Ashi’s where he professes his love for her and Maya fancies that Momin has fallen for her.

Momin is continuously avoiding Maya, he distributes assignments to all the students and he is passing remarks on them but he does not pass any remarks on Maya’s assignments and when Maya confronts Momin on it he simply tells her to stay within her limits, Maya again professes her love for him on which Momin has not reacted as strongly as he should have.

Maya is hounding Momin with tons of WhatsApp messages, Momin is constantly avoiding her messages but then Ashi calls him and she is arguing with Momin, being possessive for him saying that he might have tons of his students girls falling in love with him, and then she deliberately drops her call. Ashi is borderline annoying. Then in between Maya calls and Momin mistakenly takes her call thinking her of Ashi.

Momin has committed a blunder by mistaking her for Ashi and there he says that he is hers and she should not worry about this matter as he is only hers. Maya fancies it for herself she thinks that Momin has confessed this to her that he has also fallen in love with her. She calls her friends and throws a party telling everyone that Sir Momin has confessed his love for her. The news has also reached Gohar and he is extremely jealous. He is planning to visit Momin’s house.

Momin’s parents are planning to take his proposal for Ashi but her father is super annoying and he has kept grudges for Momin’s family because they have rejected his nephew’s proposal for their daughter. On top of that Momin intervenes in a matter where Ashi’s father is demanding his money back from a neighbor and he cannot return as he is short of money. Momin asks Ashi’s father to give him some time but Ashi’s father indirectly insults Momin. Momin gives money to that neighbor so he can return it. Ashi’s father comes to know that it is Momin who has given him money so he makes this a matter of his ego saying that Momin has tried to belittle him in front of that man. Well, chances of Ashi’s proposal getting approved seems to skim.

tweet
Share on FacebookShare on TwitterShare on PinterestShare on Reddit
Rameeza NasimNovember 22, 2021
the authorRameeza Nasim
Rameeza Nasim, a Paralian, passionate about poetry, drama and fiction. By giving drama critiques I feel like I am endorsing the writer's message to the audiences, I love my job. Being a critic responsibility lies on my shoulders to point out the flaws and shortcomings of the play be it on writer's , performers or director's end . I did my Masters in English Literature and Linguistics .
All posts byRameeza Nasim