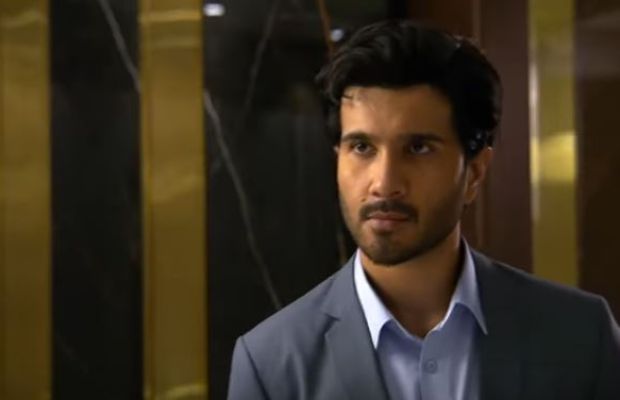 Habs the drama serial on ARY Digital is slow-paced but we are really hooked by the engaging story. Feroze Khan and Ushna’s chemistry is on spot and they both have given their best. In the previous episode, we have seen how Basit restores Ayesha’s reputation in his office. In this episode, Ayesha is shocked when Basit claims in front of his mother that he and Ayesha are nikkahfied.

Despite such a harsh response by Basit to his employee on vilifying Ayesha’s reputation in the office, the employee does not seem okay with it, one of the female employees is shaming Ayesha for not resigning and complaining about an experienced employee. Ayesha should have said why would have I resigned when I have not done anything wrong but instead of it she does her “Majboori Rona”

Ayesha and Basit’s scenes are really enjoyable, we are loving the chemistry between Ayesha and Basit. Both Feroze and Ushna have delivered their roles effortlessly. Basit acts like a gentleman when he is with Ayesha. His friend has suggested he marry any girl who will care for him and the first name that comes to his mind is Ayesha. Now Basit is looking at Ayesha from another angle.

We are certainly not very much interested in Bano’s track. She should have moved on. The way she goes at Talal’s wedding to make herself move on is making no sense at all. She is making a joke of herself going to her loser lover’s wedding telling him that you look so handsome as a bridegroom and then in the hall she is giving back his ring. Isn’t it an attempt to spoil his wedding? Later her crying on such a busy bridge is again so unrealistic no woman has got such liberty plus she can get hit by a car!

Basit and Ayesha’s scenes were going great till Basit has not committed that blunder. Having a heated argument with his mother, he abruptly tells her that he has been nikkahfied with Ayesha, leaving Ayesha shocked and hurt. This is the least we could expect from Basit he is so gentlemanly in front of her how can he commit such a big blunder! He could have done it in a better way. Without even talking with Ayesha relating this matter he claims her to be his wife in front of his mother is making him flawed. Still, we are rooting for Basit and Ayesha.

tweet
Share on FacebookShare on TwitterShare on PinterestShare on Reddit
Rameeza NasimJune 22, 2022
the authorRameeza Nasim
Rameeza Nasim, a Paralian, passionate about poetry, drama and fiction. By giving drama critiques I feel like I am endorsing the writer's message to the audiences, I love my job. Being a critic responsibility lies on my shoulders to point out the flaws and shortcomings of the play be it on writer's , performers or director's end . I did my Masters in English Literature and Linguistics .
All posts byRameeza Nasim