A life lesson for all women! 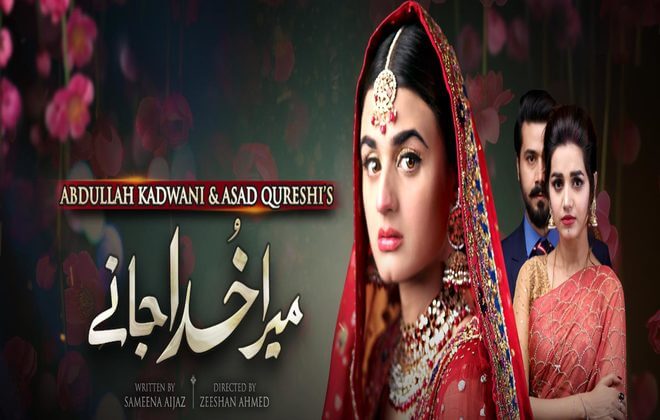 Mera Khuda Jaanay has been our top favorite since it aired its first episode and the final chapter proved its grit last night. Presented by our very favorite Abdullah Kadwani and Asad Qureshi, the drama highlighted a sensitive issue; the oppression of women in our male-dominant society. With a start studded crew including Ali Abbas, Hira Mani, Anum Fayyaz and Alyy Khan, the socio-drama proved to be an exceptional depiction of how the society manipulates women to its advantage. The drama was the first collaboration between the director Zeeshan Ahmed and 7th Sky Entertainment, and is another feather in the hat of the production team.

The main protagonist of the drama, Roohi had been married to Waleed for six years but, did not have any kids with him. The story revolved around how Waleed and Shafiq manipulated Roohi for their own wrongs, making her life miserable.

In the final episode we witnessed Iqra overhearing Waleed, who confessed that he could not bear a child and that Taabeer was not his own daughter. Outraged on hearing the truth, Iqra leaves Waleed and goes back to her brother Shafiq´s house, where Shafiq was quarrelling with his wife Shahana. Shahana actually overheard Roohi shouting at Shafiq for ruining her life at the hands of his own lust. Meanwhile, Roohi, frustrated by Waleed´s behavior with her, asks for Khulaa. Finally!

Shafiq, being the cunning antagonist, tries to convince his sister that he is innocent and that Roohi was blaming him for no reason. How shameless of him! However, Iqra denies his argument and tries to slap him for his evils, but holds back! The upsurge of emotions in the scene got us biting our finger nails.

Shahana tells Waleed that the culprit behind Roohi´s devastation is Shafiq, and that Taabeer is his daughter. Startled upon hearing this, an outburst of anger, frustration and guilt hits Waleed and he leaves for Shafiq´s house. The cunning Shafiq once again tries to prove himself innocent by blaming Roohi, but Waleed did not come for reconciliation. He came for revenge and that´s what he did! He shot Shafiq to death and killed himself too. Why? Because he could not cope with the guilt he had after hearing the truth. He had been so unfair with Roohi, and was equally responsible for her misery. How very sad for him!

After crying our hearts out, we finally had smiles on our faces when we saw Roohi at peace in Dar-ul-Amaan. The drama gave us extreme life lessons regarding how women should stand up against oppression and injustice. The closing background score claiming, “Uthay ga ab jo shor har sitam par, dabi sadayen nahi rahengi,” left us with determination to fight for the cause.

As much as we are happy that Roohi finally found some peace in her life, we are equally sad as we will not be getting anymore of this excellent socio-drama. Nevertheless, we have put this drama on top of our binge-watch list and you should too. We anticipate more of such outstanding depictions from the talented duo of 7th Sky Entertainment, because they have never let our expectations down!