The web series Tandav, come under fire for allegedly depicting Hindu gods in a negative light. 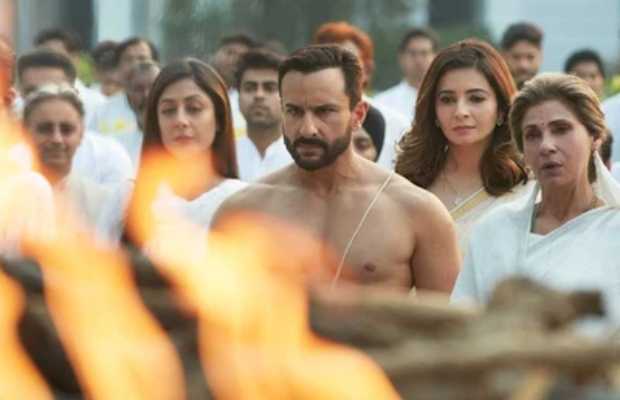 Amazon.com Inc’s Prime Video streaming service finally succumbed to the pressure of Hindu Nationalists in India as on Tuesday it issued a rare apology to its Indian viewers for some scenes in its original political drama series “Tandav“, for allegedly offending Hindu religious beliefs.

In a statement issued on Tuesday, titled “Amazon Prime Video Apologizes”, the company said that it deeply regrets viewers considered certain scenes to be objectionable.

Amazon apologizes “unconditionally to anyone who felt hurt,” Amazon said, adding that it will continue to develop content while respecting the diversity of audiences’ culture and beliefs.

It was almost a week ago when the “Tandav” row escalated as the police in the northern Indian state of Uttar Pradesh questioned one of Amazon’s top executives for hours in one case filed against the show.

Asked about the company apology, a senior state police official, speaking on condition of anonymity, said that the authorities would continue investigating the matter.

A number of has police complaints and court cases were filed against the actors and the production team of Tandav, alleging the series had depicted Hindu gods and goddesses in a derogatory manner, and adding more to it Lawmakers from India’s ruling nationalist Bharatiya Janata Party have also criticized the series including the streaming platform.

Tandav comprising of nine-episode was released on the streaming platform Amazon Prime Videos on January 15.

tweet
Share on FacebookShare on TwitterShare on PinterestShare on Reddit
Saman SiddiquiMarch 3, 2021
the authorSaman Siddiqui
Saman Siddiqui, A freelance journalist with a Master’s Degree in Mass Communication and MS in Peace and Conflict Studies. Associated with the media industry since 2006. Experience in various capacities including Program Host, Researcher, News Producer, Documentary Making, Voice Over, Content Writing Copy Editing, and Blogging, and currently associated with OyeYeah since 2018, working as an Editor.
All posts bySaman Siddiqui