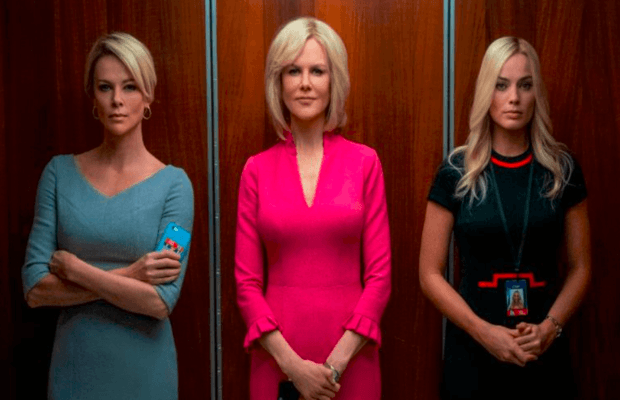 Based on a true scandal of Fox News, upcoming flick Bombshell is going to drop some major truth bombs for the network – or so shows the teaser that has left us intrigued.

The teaser has already intrigued the audiences by showing Gretchen Carlson (Nicole Kidman) preparing to come up with harassment charges against Ailes, as Kayla Pospisil is trying hard to fit in the misogynistic environment of Fox Network. On the other end, Megyn Kelly (Charlize Theron) comes into limelight due to her spat with then-presidential candidate Donald Trump (2016).

The movie will then proceed to show how after the whole fiasco, the trio joins hand and several other women too join in to bring down Ailes.

Read More : Spiderman and Venom to Cross Paths in the Upcoming Venom 2

Slated to release on December 20, the movie is helmed by Jay Roach. It will also feature Kate McKinnon, Connie Britton, Mark Duplass, Rob Delaney, Malcolm McDowell, and Allison Janney alongside the leading ladies.