Ahead of the release of the fifth season, actors from the popular series appeared on Israel’s Channel 12 to promote the return of the show 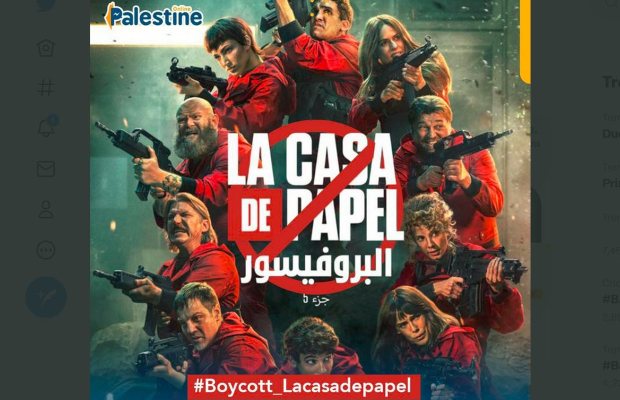 It all started as the millions of Money Heists fans across the globe were waiting for the fifth season, performers from the successful show appeared on an Israeli channel, and expressed their support for the Israeli occupation, and celebrated its criminal activities against Palestinian!

Ahead of the release of the fifth season, actors from the popular series appeared on Israel’s Channel 12 to promote the return of the show.

When asked about his visit to Israel, Darko Peric, who plays the role of Helsinki, said: “It was a marvellous experience and I hope to come back again. I know that there are a lot of fans here, and the people here are great.

“When people travel to Israel, they always talk about strict security and police measures, but when I arrived here even the police wanted to take pictures with me. It was great!”

Spanish-Armenian actor Hovik Keuchkerian expressed his desire to visit Israel, noting that he had heard “wonderful things” about the country.

The actor then went on to praise Fauda, an Israeli drama about an undercover unit, the mistaravim, whose commandos carry out missions in the occupied Palestinian territories while disguised as Arabs.