Game of Thrones S8 final episode: While GOT teases for ‘The Last War’, fans demand HBO to remake Season 8 in new petition 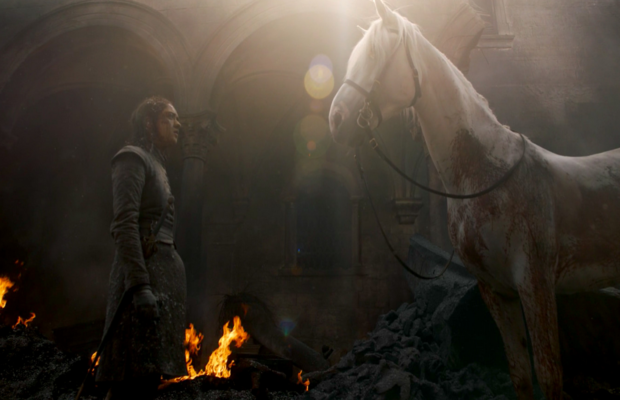 The final season of HBO’s fantasy drama series, Game of Thrones, is set to conclude on 19th of May with season’s 6th and final episode.

GOT has teased its fans with a clip from Ep 5, captioning it ‘The Last War’. That’s the moment when Arya Stark finds a white stallion to run away from the burning city of the King’s Landing.

The past five episodes of the eighth season have left the viewers with mixed emotions. GOT fans have certainly found reasons to what’s unfolding on the screen, many of them are left with disappointed with how the makers are churning out the last season

This has left Thousands of ‘Game of Thrones’ fans to sign an online petition, demanding HBO for the remake of Season 8. So far more than 75k people have signed in the online petition.

Following the debut of Season 8, Episode 5, a new petition on Change.org is created, which calls for the “remake of Game of Thrones Season 8 with competent writers.”

Seems like thousands of worldwide viewers were expecting more action and character development instead of destruction and death in the recently aired episode.

Let’s just wait to see how things develop in the last war, as Daenerys Targaryen has burnt down the whole of King’s Landing in ‘The Bells’ episode.

It remains to unfold how Arya Stark, Jon Snow, Tyrion Lannister, Bran Stark, and Sansa Stark will react to Daenerys’ transformation into the ‘Mad Queen’. Which will bring on the ultimate GOT fans reaction!

tweet
Share on FacebookShare on TwitterShare on PinterestShare on Reddit
Saman SiddiquiMay 16, 2019
the authorSaman Siddiqui
Saman Siddiqui, A freelance journalist with a Master’s Degree in Mass Communication and MS in Peace and Conflict Studies. Associated with the media industry since 2006. Experience in various capacities including Program Host, Researcher, News Producer, Documentary Making, Voice Over, Content Writing Copy Editing, and Blogging, and currently associated with OyeYeah since 2018, working as an Editor.
All posts bySaman Siddiqui