This is quite surprising even after strict security measures by HBO on the final series which included only digital copies of scripts. 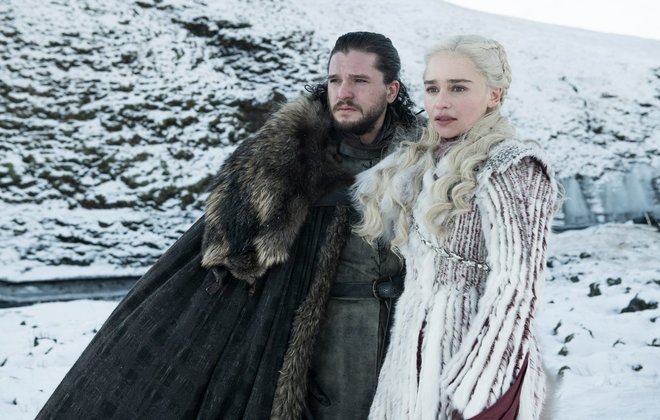 Before the final season of HBO’s global hit series Game Of Thrones makes its debut, there is a reported leak of first episode’s plot. As a social media user claimed to know details from the first episode of the final series.

Game of Thrones Season 8 has been apparently hit by a leak after Reddit user TheRealFikiDoctor claimed they had managed to obtain details of the opening episode, which were afterward shared out across the web.

Though HBO has yet to confirm whether this online leak was a legitimate one or not. But the videos have been taken down from the social media including the website, Instagram and YouTube. However, by then its transcripts were already all over Reddit.

Here at OyeYeah, we have decided not to share those leaked details for the sake of GOT fans who have waited two good years for the final season to arrive.

The Game of Thrones season finale will be airing on April 14, with the apparent first episode leak fans are furious!

stop with the GOT S8E1 leaks, i didnt wait 2 years for a leak

This is quite surprising even after strict security measures by HBO on the final series which included only digital copies of scripts.

However, this did not happen for the first time. Season seven of Game of Thrones also suffered from a number of leaks with the plot of the entire run ending up on Reddit before the premiere.

tweet
Share on FacebookShare on TwitterShare on PinterestShare on Reddit
Saman SiddiquiMarch 27, 2019
the authorSaman Siddiqui
Saman Siddiqui, A freelance journalist with a Master’s Degree in Mass Communication and MS in Peace and Conflict Studies. Associated with the media industry since 2006. Experience in various capacities including Program Host, Researcher, News Producer, Documentary Making, Voice Over, Content Writing Copy Editing, and Blogging, and currently associated with OyeYeah since 2018, working as an Editor.
All posts bySaman Siddiqui