Sohail Khan will regret this throw for a long time 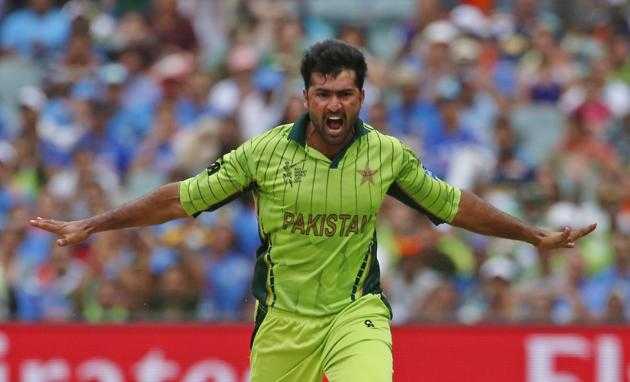 Sohail Khan, doesn’t even bowl that fast. His Sharapova like grunts are perhaps an impersonation of Pakistani bowler of the past. In his head, he bowls as fast as Shoiab Akhtar. He hasn’t had much chance to showcase aggression because he has been in and out of the side way too much. While, his wicket taking ability isn’t in doubt, it was his lack of fitness coinciding with Micky Arthur’s coaching tenure, which has led to Sohail Khan being on the periphery of the national side.

However, PSL is where he feels safe. He definitely is among the top 12 fast bowlers in the country and was the top wicket taker last year. So, this is where the apparent ‘swagger ‘shows. The broad shoulder, the chain hanging on, the thumping (hairy) chest. All that and more. Sohail Khan, despite his team being in doldrums has impressed people with his variations.

He couldn’t get the attention of his boundary rider, so instead of shouting louder, he threw the ball at him!

And the inexpiable happened yesterday. If you are reading is this, you know what I am taking about. Sohail Khan’s now infamous throw aimed at or at least around Yasir Shah. As soon as the ball left Sohail’s hand he started waving like a sane man realizing what a stupid thing he had done.  Thank heavens, Yasir was far distance away from Sohail or we could have seen another Lee Bowyer and Kieron Dyer episode. Tbf, had Yasir been closer he would have heard the angry fast bowler.

Things could have easily escalated. But credit to Yasir Shah and a fair bit more to the captain Baz McCullum. He had a quiet word with Sohail, who was blatantly on fault. He put an arm across the shoulder of the seething Yasir Shah, and in a matter for 30 seconds, a famous Messi like smile appeared. While, Yasir breezed past Sohail, in the customary handshakes, the pair made up after the game.

A moment of madness, but thankfully no one was hurt, emotionally or physically.