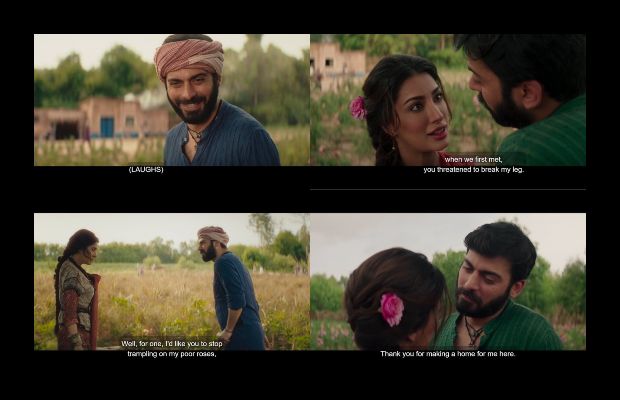 The latest episode of the Marvel series had a particular touch on the partition narrative, though the makers did capture the intensity and the pain of the stories.

But for the desi viewers, the entry of Fawad Khan and Mehwish Hayat in the story was absolutely fantastic

Their onscreen chemistry is what became the highlight of the episode.


Spoilers ahead! read at your own risk!

The show took on the painful history of partition and had it interwoven into the main plot for the story and the development of our lead character.

Keeping in view that episodes 5 & 6 are directed by the Oscar winner Sharmeen Obaid Chinoy, we have been expecting to see the closest Pakistani element in the series.

Check out how fans are excited to see the latest episode.

Fawad Khan's acting was amazing in #MsMarvel Episode 5, the expressions were brilliant and the struggle to get independence from British and the pain in his eyes when talking to Muslims was real❤️ pic.twitter.com/GGwjpcD59Z

We all can agree that fawad khan in ms marvel episode 5 is just #MsMarvel pic.twitter.com/CQ2CD3qHC5

#MsMarvel SPOILERS
.
.
.
.
.
.
.
.
.
I simply love how the show took our painful history of partition and had it interwoven into the main plot for the show and the development to our lead character. It's great how all of that came together and felt organic. pic.twitter.com/D1JuqobGDJ

#MsMarvel episode 5 SPOILERS!
.
.
.
.
A mother's helplessness, a father's fear and a child's heart wrenching cries for her parents, episode 5 was all about pain pic.twitter.com/lnc310x0HV

Their chemistry was awesome! I loved every frame of this scene. Hasan and Aisha are everything❤️#MsMarvel pic.twitter.com/VODUDNi2NL

#MsMarvel The cinematography for episode 5 was so visually stunning. The visuals for this show never miss🙌🏽🔥 pic.twitter.com/qKXbH50xix