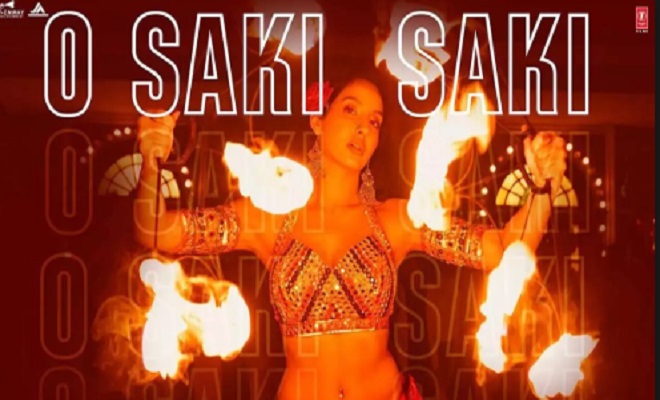 Dilbar Dilbar famed dancer Nora Fatehi, is all set to sizzle once again, as she makes another scintillating dance appearance in upcoming film, Batla House’s, song. Although a teaser of the song has been released, Nora Fatehi looks mesmerizing, pulling off some serious belly dancing moves.

The song, O Saki Saki, is a remake of the 2004 track of the same name. The original track featured Koena Mitra in the groove, from the Sanjay Dutt starrer Musafir, and was considered a big hit. With Nora Fatehi’s teaser out now, we are sure, she’s in for another major hit to her credit, considering her unmatched dance moves and graceful persona.

Watch the teaser of the song here and share what you think;

Directed by Nikhil Advani, Batla House, stars John Abraham in the lead and revolves around the Operation Batla House that took place in 2008. The film releases all over on August 15th 2019.