A lack of political filter will please even his critics 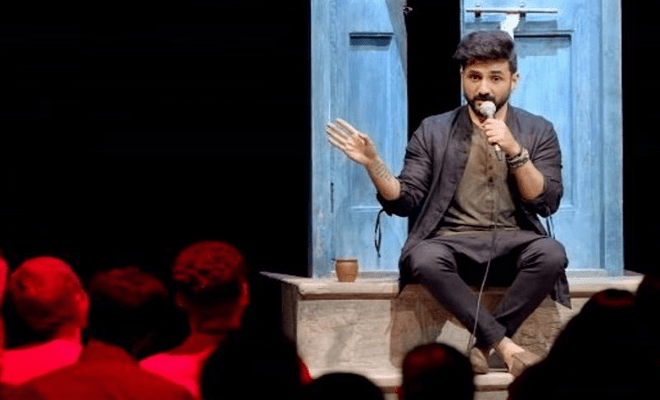 Vir Das’s last Netflix special ‘Losing It’, didn’t work for me. Serving the audience of Netflix’s 190 countries is a gigantic task. For Vir Das, who in a way was India’s voice on a global front, this was a problem. Hence, for me, who has grown up watching Bollywood, Cable TV, and have a few Indian friends, that show went too bland. The jokes and stories were simplified to reach a larger audience.

This time with “For India’, Vir Das and his team found a solution to this problem within the format. The show was shot in Mumbai, but there was a special section in the audience for foreigners and NRIs. When there were very rooted Indian references, he would take a few seconds to Indiasplain it to this lot. This empowered and in a way freed the comedian.

Hence, what we get is a hilarious yet culturally relevant show. This time around there is little beating around the bush. Perhaps taking inspiration from his trolls and the governing party of India, he has lost his filter. So from Kashmir to Ambani, nothing is off-limits. He mocks Pakistan and in the next sentence shames his audiences for cheering on hate.

Essentially, For India, is a plea to Indians to remain true to the nature of their country. But perhaps as a Pakistani one can relate too. He talks about the Mumbai attacks. How he lost someone very dear and yet on the night he had to continue to work. He mentions a Muslim staff member, who reminded him that we need to get food on the table tomorrow, irrespective of what is going on the streets. That he says in is Mumbai. In a strange way, for many, it might sound like Karachi.

He also finds a way to include the Mughals. Perhaps another hint towards how the ruling party in India is trying to rewrite history. In fact, perhaps at least half a dozen times, he decides to confront ‘this lot’ head-on without any filter. The jokes are edgier, stories less personal and the message of peace. When typically non-political comedians are unafraid of being upfront and radical (in the best sense of the word), it is perhaps time for the Indian establishment to step back.

For the genies called Vir Das and millions like him in India, are now out of their bottles.