One of the world’s leading luxury fashion houses, Chanel, has recently announced the ban of fur and exotic animal skins. They won’t be using of hides of animals like snake, crocodile, lizard and stingray for creating their garments and bags. 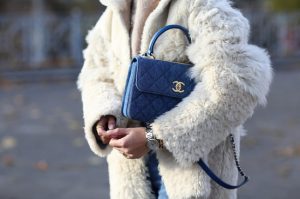 Company’s Fashion President, Bruno Pavlovksy, in a statement said the decision was taken as it was becoming extremely hard to source such animal pelts ethically.

Chanel’s Creative Director Karl Lagerfeld, while talking to a fashion magazine said, “We did it because it’s in the air, but it’s not an air people imposed on us”. 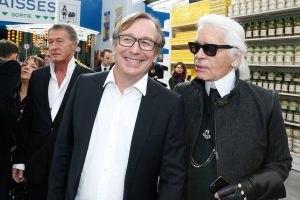 Chanel’s spokesperson told CNN that, “At Chanel, we are continually reviewing our supply chains to ensure they meet our expectations of integrity and traceability. In this context, it is our experience that it is becoming increasingly difficult to source exotic skins which match our ethical standards”.

PETA (People for the Ethical Treatment of Animals: Animal rights organization) had previously released a list of the world’s leading fashion houses which have already stopped the usage of fur, it includes some renowned brand names like Versace, Armani, Burberry and Zara.

Meanwhile, Tracy Reiman, Executive Vice President of PETA, in a statement said that, “The champagne corks are popping at PETA, thanks to Chanel’s announcement that it’s kicking fur and exotic skins including crocodile, lizard, and snakeskin to the curb.”

“For decades, PETA has called on the brand to opt for luxury, cruelty-free fashion that no animal had to suffer and die for, and now it’s time for other companies, like Louis Vuitton, to follow the lead of the iconic double C’s and do the same,” Reiman further added.

It was last year, when Gucci dropped usage of fur. The animal rights campaigners welcomed this decision saying that it could have a knock-on effect. “Gucci’s decision will radically change the future of fashion,” Simone Pavesi, the manager of animal-free fashion at Italian campaign group LAV said, “As fashion becomes more and more ethical, supply chains that revolve around animals will be a thing of the past”.