A Hollywood movie to be made on the Thailand cave rescue 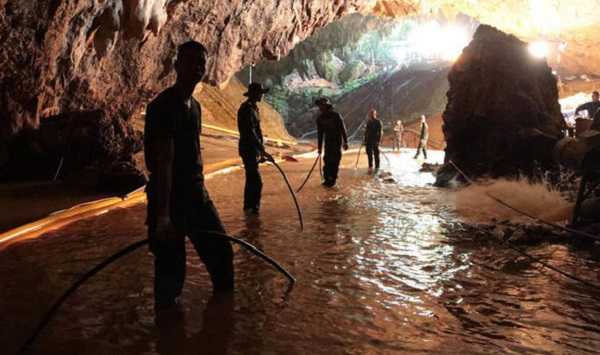 The mission to rescue 12 boys and their soccer coach from a Thai cave has inspired a film producer so much so that he has decided to make a Hollywood movie on  it, the film is announced by faith-based production house Pure Flix.

Michael Scott, the managing partner who lives in Thailand was present at the site in Chaing Rai to rescue the boys as the boys were pulled out from the cave safely, Micheal Scott tweeted on Tuesday, ” My wife actually grew up with the Thai Navy SEAL that died in the cave. To see all that heroic bravery in the cave, and to get all the divers out, it’s just such a touching event and so personal to me”.

A footage was floating on Wednesday where boys from Wild Boar Team had been successfully taken out on stretchers after a  three day continuous rescue struggle. According to the doctors the boys are in sound physical and mental state despite of spending 18 days in that dark cave.

“We’re here really looking at this as a movie that could inspire millions of people across the globe,” said Scott. He further added, “We’re here witnessing the events, gathering some contacts and everything, to really tell a story about an international effort, the entire world coming together to save  kids trapped in this Thai cave.”

David A.R. White, the co- founder of  Pure Flix  told  the Wall street company who quoted  his statement , “Pure Flix joins the rest of the world in thanking God for answering prayers for the successful rescue of those trapped in the cave in Thailand,”

tweet
Share on FacebookShare on TwitterShare on PinterestShare on Reddit
Rameeza NasimJuly 12, 2018
the authorRameeza Nasim
Rameeza Nasim, a Paralian, passionate about poetry, drama and fiction. By giving drama critiques I feel like I am endorsing the writer's message to the audiences, I love my job. Being a critic responsibility lies on my shoulders to point out the flaws and shortcomings of the play be it on writer's , performers or director's end . I did my Masters in English Literature and Linguistics .
All posts byRameeza Nasim