As being reported, the blast was roughly 3 miles (5km) northwest of Kabul airport, appears to have been caused by a rocket strike. 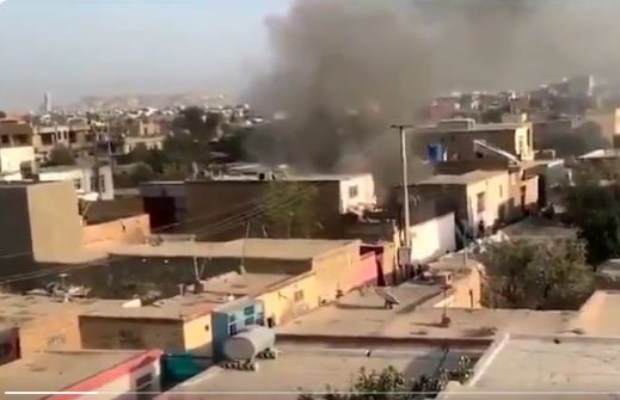 A powerful blast has been reported near Kabul Airport on Sunday.

According to Afghanistan’s largest TV news network, TOLO News, a powerful explosion was heard moments ago in Kabul.

As per the reports circulating on social media, the blast was the result of a rocket hitting a house close to the airport.

The exact location and cause of the blast are as yet unconfirmed.

An explosion was a result of rocket hitting a residential house in the Gulai area of ​​Khajeh Baghra, close to #KabulAirport.
There are no reports of casualties in this incident yet.#Afghanishtan #KabulAirportBlast #Kabul pic.twitter.com/MGbK6fxEkV

As being reported, the blast was roughly 3 miles (5km) northwest of Kabul airport, appears to have been caused by a rocket strike.