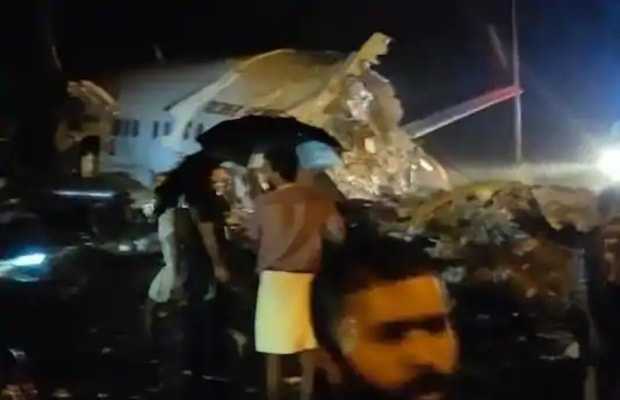 Air India flight from Dubai with more than 180 passengers onboard as crashed into a valley after overshooting the runway on Friday evening, at the Karipur airport in Kozhikode, Kerala.

According to the media reports, pilot and sixteen passengers were killed.

“The Air India flight (IX-1344) from Dubai carrying 174 passengers skidded during landing at Karipur Airport in Kozhikode (Kerala) today. There were six crew members on board, including two pilots,” Air India Express said in a statement.

According to the Kerala Police officials, at least 35 people have been reported injured and shifted to various hospitals.

Images from the accident site circulating on social media show an aircraft ruptured into two parts laying in a valley near Kozhikode airport, in the Indian state of Kerala.

Air India Express just crashed in Malappuram International Airport. Flight was coming from Dubai.
Pilot reported to be dead.
No ignition. Which may had lead to more major disaster.
🙏Prayers to the passengers, crews and their families. 🙏 #airindia pic.twitter.com/omUTaFHzI8

tweet
Share on FacebookShare on TwitterShare on PinterestShare on Reddit
Saman SiddiquiAugust 7, 2020
the authorSaman Siddiqui
Saman Siddiqui, A freelance journalist with a Master’s Degree in Mass Communication and MS in Peace and Conflict Studies. Associated with the media industry since 2006. Experience in various capacities including Program Host, Researcher, News Producer, Documentary Making, Voice Over, Content Writing Copy Editing, and Blogging, and currently associated with OyeYeah since 2018, working as an Editor.
All posts bySaman Siddiqui