Another Zainab; 2 years old killed after assault in Charsadda 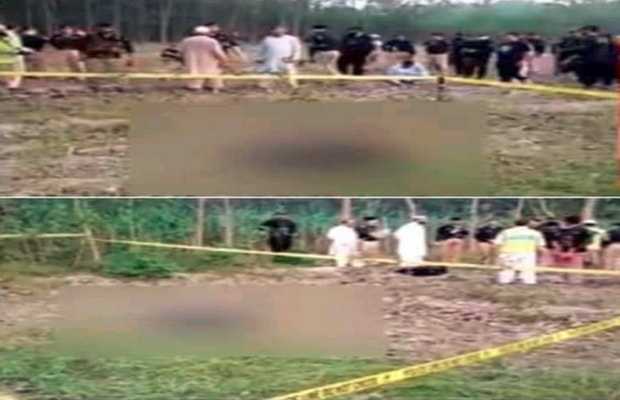 A two-and-a-half-year-old girl identified as Zainab was found dead in Charsadda, it appeared on Thursday.

According to Charsadda police, the girl appeared to have been raped and tortured before beign killed.

The body of the minor girl was found in the Jabba Korona area in the limits of Daudzai police station of Peshawar a day earlier.

As being reported, the girl went missing on Tuesday evening in the Sheikh Kallay Qilla area. She was said to be playing with other children outside her house.

Reportedly, the Prang police recieved an information about the body of a girl lying in Jabba Korona area.

Police after recovering the body, shifted it to the Lady Reading Hospital in Peshawar for autopsy.

Read More: Zainab’s Rape and Murder Case To Be Adapted In A Telefilm

Reportedly, police after the discovery of the body added Section 302 (punishment for murder) of the Pakistan Penal Code (PPC) to the FIR

Khan added that from the initial investigation it appears that the minor was assaulted before her murder”, adding that there were torture marks on the girl’s body.

Police were waiting for the medical report, after which they would add other sections of the PPC, he added.

Khyber Pakhtunkhwa Chief Minister Mahmood Khan has taken notice of the incident, and has directed the Inspector General of Police (IGP) Dr. Sanaullah Abbasi and other authorities to immediately arrest those involved.

Terming the incident “heart-rending”, CM KP said that “an example should be made out of culprits”.

tweet
Share on FacebookShare on TwitterShare on PinterestShare on Reddit
Saman SiddiquiOctober 8, 2020
the authorSaman Siddiqui
Saman Siddiqui, A freelance journalist with a Master’s Degree in Mass Communication and MS in Peace and Conflict Studies. Associated with the media industry since 2006. Experience in various capacities including Program Host, Researcher, News Producer, Documentary Making, Voice Over, Content Writing Copy Editing, and Blogging, and currently associated with OyeYeah since 2018, working as an Editor.
All posts bySaman Siddiqui