A female member of SIAN ripped pages of the Quran and spat on them, according to the news agency NTB. 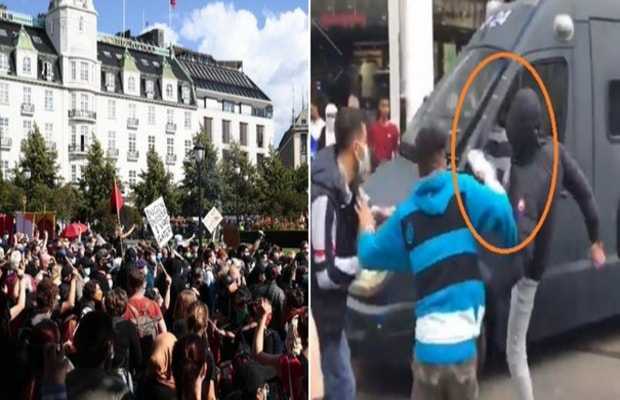 Clashes broke out at an anti-Islam rally in the Norwegian capital of Oslo on Saturday, when an anti-Islam protester ripped pages from Holy Quran.

The rally, organized by the group Stop Islamization of Norway (SIAN), took place near the parliament building. 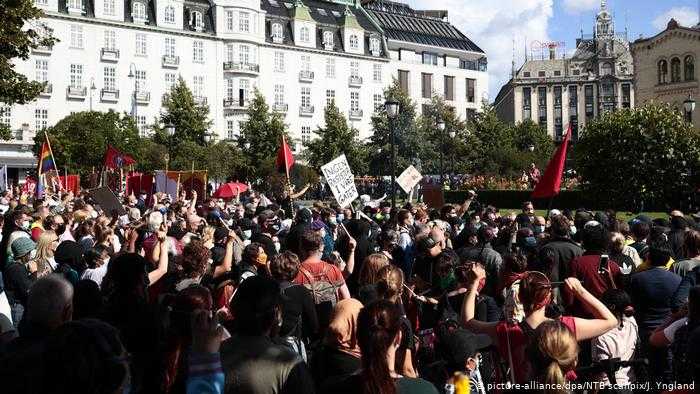 As being reported, clashes then erupted, with counter-protesters throwing eggs at SIAN members and attempting to jump police barricades.

The clashes prompted authorities to end the event early.

The situation came to a head when a female member of SIAN ripped pages from the Quran and spat on them, according to the news agency NTB.

As being reported, the woman, who has previously been charged and acquitted of hate speech, told counter-protesters: “Look, now I will desecrate the Quran.” 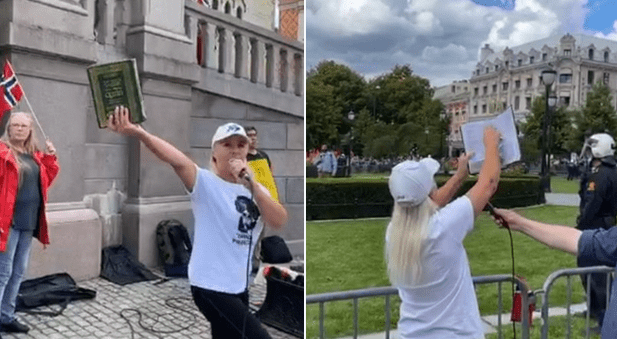 tweet
Share on FacebookShare on TwitterShare on PinterestShare on Reddit
Saman SiddiquiAugust 31, 2020
the authorSaman Siddiqui
Saman Siddiqui, A freelance journalist with a Master’s Degree in Mass Communication and MS in Peace and Conflict Studies. Associated with the media industry since 2006. Experience in various capacities including Program Host, Researcher, News Producer, Documentary Making, Voice Over, Content Writing Copy Editing, and Blogging, and currently associated with OyeYeah since 2018, working as an Editor.
All posts bySaman Siddiqui