This is a developing story 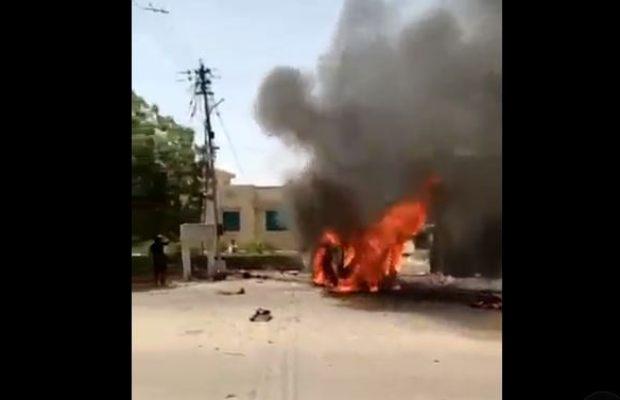 At least four people were killed and several critically injured in a car explosion inside the premises of the University of Karachi on Monday.

As reported, the blast occurred in a van that was parked outside the Confucius Institute at Karachi University.

According to the Police sources, there were seven to eight people in the van.

However, an exact number of casualties has yet to be reported.

The initial reports suggest that the blast was been caused by a gas cylinder.

However, the police are yet to confirm or deny any information about the nature of the blast.

tweet
Share on FacebookShare on TwitterShare on PinterestShare on Reddit
Saman SiddiquiApril 26, 2022
the authorSaman Siddiqui
Saman Siddiqui, A freelance journalist with a Master’s Degree in Mass Communication and MS in Peace and Conflict Studies. Associated with the media industry since 2006. Experience in various capacities including Program Host, Researcher, News Producer, Documentary Making, Voice Over, Content Writing Copy Editing, and Blogging, and currently associated with OyeYeah since 2018, working as an Editor.
All posts bySaman Siddiqui