Pakistan Air Force in a valiant and befitting response to Indian aggression, on Wednesday, struck down two Indian fighter jets which intruded into Pakistani airspace. 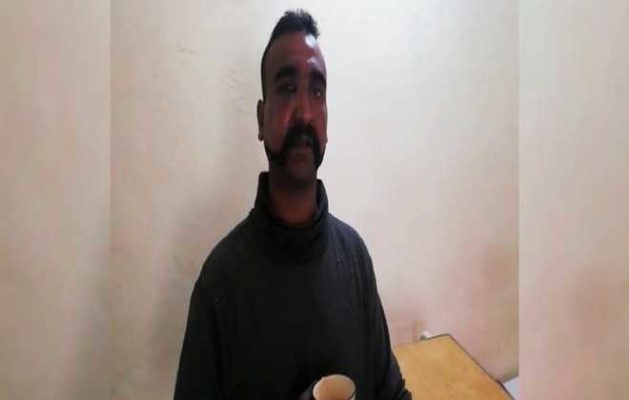 Indian pilot Wing Commander Abhinandan Varthaman, who was taken into custody by Pakistani forces, has lauded the professionalism of Pakistan Army.

In a video which is being circulated on social media, the Indian pilot Abhinandan can be seen standing, holding a cup of tea, thanking Pakistan Army Captain and his team for rescuing him from the mob.

“I am very impressed by the professional and humane behaviour of Pakistan Army and I expect my army to behave this way too. Thankful to Pakistan Army”,  said Wing Commander Abhinandan.

He said, “I will not change my stance if I go back to my country India.”

“This is what I would expect from my Army,” he added lauding the professionalism and attitude of Pakistan Army.

On a question, Abhinandan replied, “I am from down south India and a married person.”

Earlier in a tweet, DG ISPR Major General Asif Ghafoor confirmed that there is only one pilot under Pakistan Army’s custody. Wing Comd Abhi Nandan is being treated as per norms of military ethics.

There is only one pilot under Pakistan Army’s custody. Wing Comd Abhi Nandan is being treated as per norms of military ethics. pic.twitter.com/8IQ5BPhLj2

The two Indian pilots remain under arrest by Pakistan.

tweet
Share on FacebookShare on TwitterShare on PinterestShare on Reddit
Saman SiddiquiFebruary 27, 2019
the authorSaman Siddiqui
Saman Siddiqui, A freelance journalist with a Master’s Degree in Mass Communication and MS in Peace and Conflict Studies. Associated with the media industry since 2006. Experience in various capacities including Program Host, Researcher, News Producer, Documentary Making, Voice Over, Content Writing Copy Editing, and Blogging, and currently associated with OyeYeah since 2018, working as an Editor.
All posts bySaman Siddiqui