According to the latest reports, at least 1,200 of the new viral infections are in Iran in just the past 24 hours, the country's biggest jump since the outbreak instigated 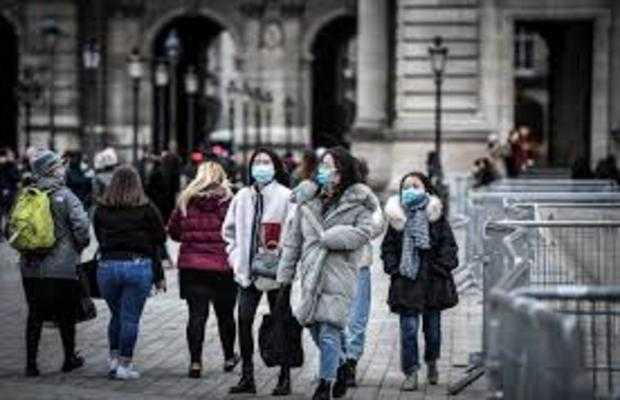 More than 100,000 people have been tested positive for the novel coronavirus on global scale with China – where the deadly virus originated— has reported the number of death toll exceeded to 3,015 and 267 fatalities in other parts of the world. Most of the cases reported in Italy and Iran.

According to the latest reports, at least 1,200 new viral infections were reported in Iran in the past 24 hours, the country’s biggest jump since the outbreak instigated.

World Health Organization (WHO) said on Friday has urged the nations to make containing the outbreak of COVID-19 their top priority.

The UN agency stressed that fighting the epidemic requires countries to work together, and praised Iran for “switching on” to the coronavirus outbreak there and taking a fresh “all of government approach”.

“We are continuing to recommend that all countries make containment their highest priority,” WHO chief Tedros Adhanom Ghebreyesus added.

The health ministry of Iran on Friday reported another 124 deaths while in France, 200 new COVID-19 cases were tested positive overnight, India and South Korea came next in the queue to report an increase in the number of infections.

The number of deaths in the United States from coronavirus has reached  14.

President Donald Trump’s visit to the Centers for Disease Control and Prevention in Atlanta has been canceled because of concerns that a staff member may have been infected by the coronavirus.

Trump told on an American national TV that fears were raised Thursday about “one person who was potentially infected” who worked at the CDC.

“Because of the one person they didn’t want me going,” he added, explaining why a planned to stop at the agency, which is working with state and local officials to help combat the spread of the new virus, was left off his schedule.

Peru has confirmed its first case of the new coronavirus, detected in a 25-year-old man who had traveled to Europe.

Calling the nation to stay calm, President Martin Vizcarra said the nation had taken “all the medical measures” to treat the patient, who had been in Spain, France, and the Czech Republic and was in a stable condition.

Togo has also confirmed its first case of the novel coronavirus on Thursday, after a 42-year-old woman tested positive following her return from a trip to Europe, reportedly to Benin, Germany, France, and Turkey.

The presidency in the West African nation of eight million people said the patient, who lives in the capital Lome with her family, was “currently isolated in a treatment centre for infectious diseases” after testing positive on Thursday.

Egypt reported 12 new cases Friday of the coronavirus among workers aboard a Nile cruise ship, a health ministry statement said, adding that the ship was heading from Aswan to Luxor, where the cases were reported.

“Twelve new cases tested positive for the coronavirus among Egyptian staff on the cruise boat without showing any symptoms,” the joint statement with the World Health Organization said.

The Vatican confirms the first case of coronavirus

The Vatican has reported its first coronavirus case, saying it had suspended outpatient services at its health clinic after a patient tested positive.

On Friday, Vatican spokesman Matteo Bruni told journalists that the clinic, which has some 1,000 residents, will be deep cleaned.