Everyone is devastated with the news of Abdul Qadir's passing. 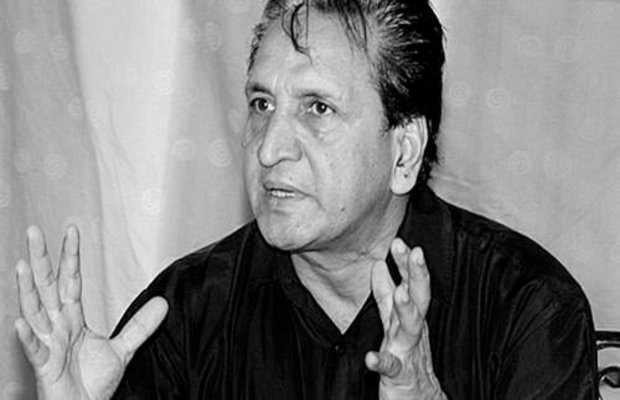 Abdul Qadir, former Pakistan leg-spinner passed away following a cardiac arrest in Lahore on Friday, 6 September.He was widely regarded as the man who brought wrist-spin out of the dead in the 1970s and ‘80s.

In his 13-years’ international career, legendary Abdul Qadir played 67 Tests and 104 ODIs. With his 236 Test wickets, he is placed second among Pakistan’s all-time leading spinners, behind Danish Kaneria. In ODIs, he bagged 132 wickets at 26.16, including two five-wicket hauls.

Take a look back on a five-wicket haul in the 1983 Boxing Day Test for Pakistan great Abdul Qadir, who passed away on Friday pic.twitter.com/bGWmOLxTiu

Qadir’s contributions to cricket spread well beyond the field. He has been a willing advisor to youngsters, who mentored fellow countrymen as well as Australia’s Shane Warne and South Africa’s Imran Tahir.

Offering their condolences, cricket world mourns over the loss of one of the world’s finest leg-spinner.

PCB is shocked at the news of 'maestro' Abdul Qadir's passing and has offered its deepest condolences to his family and friends. pic.twitter.com/NTRT3cX2in

“We are devastated with the news of Abdul Qadir’s passing, and on behalf of the PCB, I want to express my deepest condolences to his family and friends,” Ehsan Mani, the chairman of the Pakistan Cricket Board, said.

“The PCB, like every Pakistani, is proud of his services to cricket and Pakistan. His contributions and achievements were not only limited on-field, but he ensured he transferred the art of leg-spin to the up-and-coming cricketers.

“Apart from being a maestro with the ball, Abdul Qadir was a larger-than-life figure who was adored, loved and respected across the globe due to his excellent understanding and knowledge of the game, and strong cricket ethics and discipline. Today, global cricket has become poorer with his passing. He will be missed, but will never be forgotten.”

Tributes for Abdul Qadir are also being shared on social media.

Shocked to hear the news of Abdul Qadir passing. Rest In Peace my friend, you have been an amazing athlete to play against.

Abdul Qadir is no more..RIP bouncy little Fella with a very big heart..Yur contribution to Spin will be long remembered in Cricket World..more so in Pakistan whom U served with panache & devotion..Allah REHM Kareh..Heartfelt condolences to the Family Of Late Abdul Qadir.

His hand quicker than the eye, Abdul Qadir rolled over many a giants with a magnificent sleight of hand! Thank you for letting me watch it from short leg. The best legspinner of his era, he pioneered the art of leg spin in one day cricket. Bao ji, you will be forever missed.

“Gone Too Soon” Cricket has lost a Legend today Abdul Qadir“Inalil a wa ina alha rajaoon” Very upsetting and disturbing news.He was a very kind and a humble man.May ALLAH grant him highest place in Jannat and give his family a sabr in this difficult time. #RIP Qadir Bhai💔 pic.twitter.com/TBdGVOaS1R

Legendary leg spinner Abdul Qadir sb passed away. Just got this sad news. The revival of leg spin in cricket is completely credited to him. He inspired a generation of bowlers to take up leg spin.
Inna lillahi wa inna elaihi rajaoon.#AbdulQadir pic.twitter.com/mhBZy2yVk9

They called him the magician for many reasons but when he looked me in the eyes & told me I was going to play for Pakistan for the next 20 years, I believed him.A Magician, absolutely. A leg spinner & a trailblazer of his time. You will be missed Abdul Qadir but never forgotten

Remember playing against Abdul Qadir, one of the best spinners of his times. My heartfelt condolences to his family. RIP. pic.twitter.com/iu03d45sJ0

Saddened to hear about the sudden demise of Abdul Qadir, a great exponent of legspin who revived the art. Heartfelt condolences to his family and friends.

Extremely saddened to hear the passing of my guru and mentor Abdul Qadir sir.He was someone who was always there for me to guide me not only in cricket but everything in life.He was a father figure for many and will be missed for his kind behaviour.May Allah grant him jannah 💔

May ALLAH grant Jannat ul Firdous to Sir Abdul Qadir . Surely a world class cricketer and one of the best people I knew in the cricketing fraternity . An inspiration to millions around the world and for me someone who always backed me with his all out support . RIP Sir .

Absolutely shocking news to hear the sad passing Legend Abdul Qadir saab. May Allah SWT grant him the highest rank in jannah and his family the patience to bare the loss. #Ameen

Deeply saddened to hear the shocking news of sir Abdul Qadir sahab's passing away, may Allah grant him highest rank in jannat and the family be blessed with sabar. Ameen

Shocked to hear that the maestro Abdul Qadir is no more. Such a personality. Had the opportunity of making friends with him when he was playing in Melbourne in the late 90s. Loved the stories he told. One of the greats. 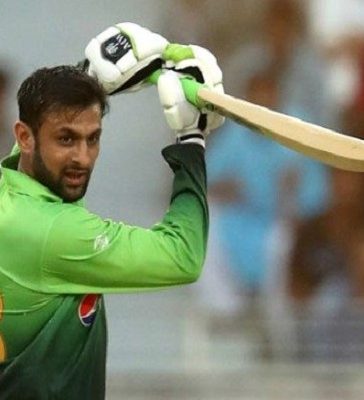