Dilip Kumar’s fans gather outside his ancestral home in Peshawar on Wednesday.

Fans in Pakistan gathered outside his ancestral home in Peshawar and extended prayers for the departed soul.

Actor Dilip Kumar’s (Yousaf Khan) funeral in absentia offered at his birthplace in Muhalla Khudadad, Qissa Khwani, #Peshawar. Prayers held for him at various points in the city. pic.twitter.com/EDnHCu3jcd

Dilip Kumar passed away today, RIP,
From his ancestral home at Peshawar this afternoon #Dilipkumar pic.twitter.com/aYR5phl7gW

Veteran Bollywood superstar,  who visited Peshwar in 1997, passed away aged 98 after a prolonged illness. 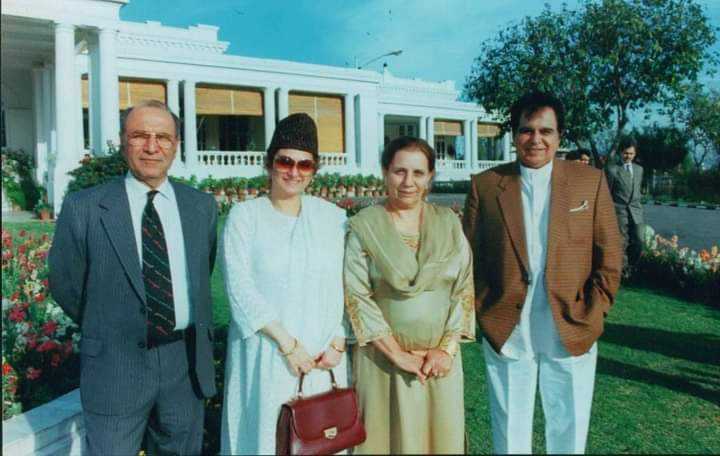 It was last year when the government of Khyber Pakhtunkhwa (KP) has allocated Rs 50 million for the repair and renovation of 15 historical sites in the province including Dilip Kumar’s house and the Kapoor Haveli and located in Peshawar’s historical Qissa Khwani Bazaar.

Fondly called Dilip Saab, he was born Yusuf Khan in Peshawar (now in Pakistan) on December 11, 1922, to Lala Ghulam Sarwar, a fruit merchant. His family moved to Mumbai in 1930.

The legendary actor was laid to rest on Wednesday afternoon in Mumbai after given a state funeral.