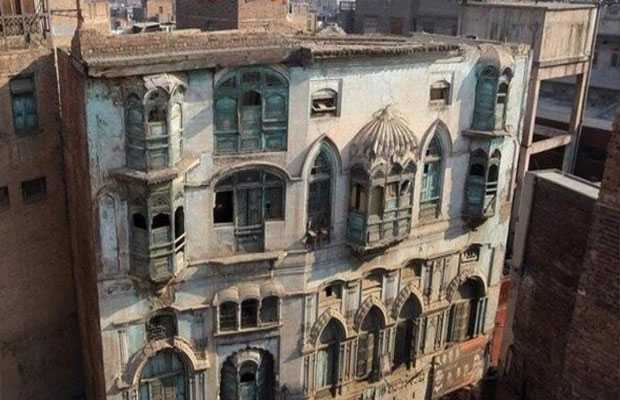 The government of Khyber Pakhtunkhwa (KP) has allocated Rs 50 million for the repair and renovation of 15 historical sites in the province including the Kapoor Haveli and Dilip Kumar’s house located in Peshawar’s historical Qissa Khwani Bazaar.

According to the reports, 15 historical sites including Raj Kapoor and Dilip Kumar’s ancestral homes are among the recently selected places that would be restored by the provincial government.

It is worth noting here that while Kumar’s residence was declared protected heritage by the Directorate of Archaeology and Tourism in 2013 and later a protected monument, under the Antiquity Act 1997, the Kapoor Haveli was reported to have been converted into a museum in 2012.

KP archaeology department has forwarded a recommendation to Chief Minister Mahmood Khan under which the provincial government will buy the two buildings and restore them.

“The buildings’ ownership had been a long-standing hurdle in the way of their restoration. The buildings hold great historic value, due to which certain individuals had claimed their right over the historic properties and there had also been attempted demolitions in the past. But now that the Directorate of Archaeology and Tourism has decided to buy the building and start the long overdue renovation work, the buildings are also expected to open their doors to tourists in the near future,” an official of the archaeology department said.

Kapoor Haveli has been located in Dhakki Munawwar Shah locality is the birthplace of Raj Kapoor— the greatest showman of the subcontinent cinema.

In 2018, Rishi Kapoor had requested the Government of Pakistan to preserve his ancestral home and convert it into a museum.