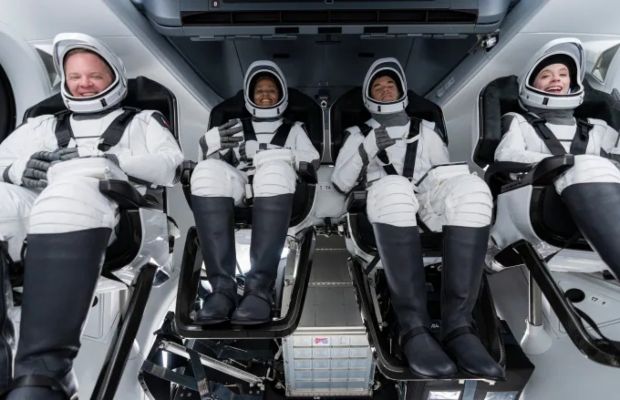 The three-day expedition is the first mission to space without any professional astronauts on board.

The mission is aiming for a maximum orbital altitude of 360 miles above Earth, higher than the International Space Station or Hubble Space Telescope, according to SpaceX.

The Crew Dragon capsule will spend three days circling Earth before re-entering the atmosphere and splashing down in the Atlantic Ocean, off the coast of Florida, according to SpaceX.

Who are the passengers on the All-Civilian Flight to orbit:

29-year-old Hayley Arceneaux, a bone cancer survivor who now works as a physician assistant at St. Jude Children’s Research Hospital. Arceneaux will act as the crew’s chief medical officer and becomes the youngest American to fly in space.

Congratulations to the world's 4 newest astronauts! Well-done to safely get them there, @SpaceX! pic.twitter.com/kBWLqvcvqe