Khuda Aur Mohabbat has truly proven itself to become the most iconic drama serial of the year up till now, and it can be said without a doubt, that the masterminds behind it are the dynamic duo of Abdullah Kadwani and Asad Qureshi, functioning under the banner of one of the most renowned production houses of Pakistan’s media industry, 7th Sky Entertainment.

The heart-throb and talented lead star of the drama, Feroze Khan, took to his Instagram to post this adorable picture with Abdullah Kadwani, commending him for his skill and hard work. He wrote a short but extremely heartfelt and meaningful caption that said,

‘Glad to have learned so much from you!’ 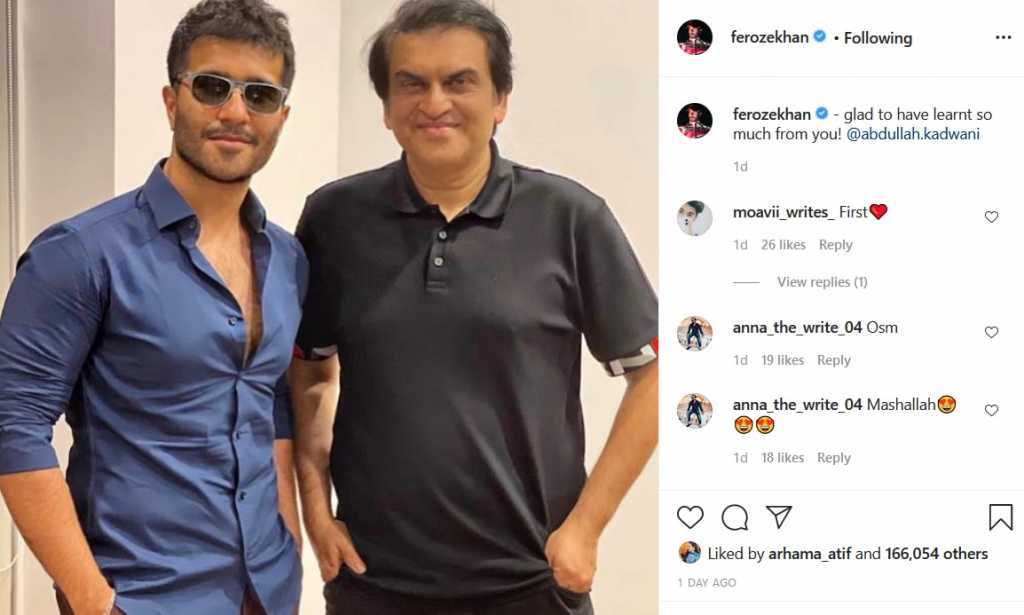 Instead of taking credit for his blockbuster drama, Feroze Khan goes on to commend the producer of the serial, Abdullah Kadwani. He acknowledges his contribution, credits him for the learning he has received and the success that the drama has achieved.

This star-producer admiration has absolutely won everyone’s hearts! It is this kind of appreciation for one another, that can be seen in the hard work put into the intricacies of this drama.

Earlier the Khaani star thanked the audience and his fans for the love they have shown to Khuda Aur Mohabbat.

He took to his Twitter account to extend his gratitude to the public for the overwhelming response garnered after the drop of the third episode of this iconic 7th Sky Production. 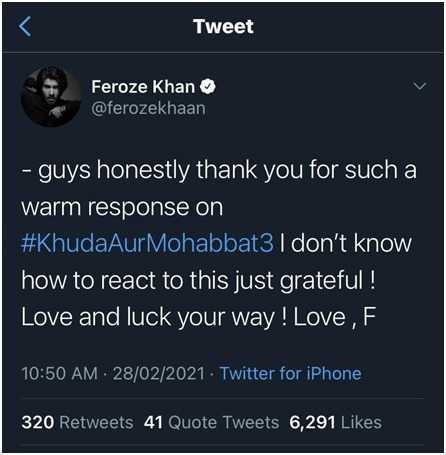