interior minister says all cases, including those filed under the fourth schedule, against the members of banned TLP will be withdrawn 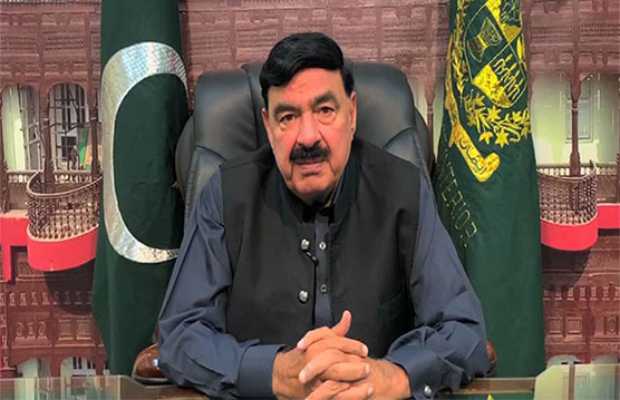 The government will present a resolution in the National Assembly seeking the expulsion of the French envoy.

The NA session was adjourned on April 19 (Monday) for April 22 (Thursday) at 2 pm. However, the date was later changed and the session was scheduled for Tuesday, April 20 instead.

Interior Minister Sheikh Rashid on Tuesday in a video message announced the latest decision and said that the government will withdraw cases against members of banned Tehreek-e-Labbaik Pakistan (TLP).

Earlier in the day, Banned outfit’s Chief Saad Hussain Rizvi was released from Kot Lakhpat jail after the government’s negotiations.

Federal Minister in his video message said that the matters between the government and the TLP had been settled.

“The TLP will end the sit-in and the process of talks will be taken forward. Cases against the TLP members and leaders will be quashed and their names would be removed from the Fourth Schedule,” he added.

As being reported, Punjab Minister Hafiz Ammar Yasir and Haji Ameer Hussain played a key role in the successful talks.

The PPP will not attend today’s National Assembly session convened in urgency by the government to table a resolution seeking the expulsion of the French ambassador to Pakistan as agreed with the banned Tehreek-e-Labbaik Pakistan (TLP).

PPP Chairperson Bilawal Bhutto-Zardari has criticized the government for not bringing the TLP issue to Parliament in the first place.

‘It’s your mess — clean it up or go home,’ Bilawal tells PM Imran Khan in a tweet.

PDM parties PML-N and JUI-F have decided to attend the National Assembly session and support the resolution.

A meeting of the PML-N parliamentary party was held under the chairmanship of Shahid Khaqan Abbasi in which it was decided to support the resolution brought regarding the honor of the Prophet.

It is to be noted that most of the members of PML-N are absent when an emergency session of the National Assembly is called.

The meeting considered the resolution regarding the French ambassador, while the position of the PPP not to attend the meeting was also discussed.

PML-N’s reaction to the situation

PML-N leader Shahid Khaqan Abbasi has said that the government should present the promises made with the banned Tehreek-e-Labaik Pakistan (TLP) in the parliament.

While talking to the media on Tuesday, the former PM said that the government had already promised the banned TLP and nullified them afterward.

“It does not happen in a democracy. Matters are not resolved by reshuffling the ministers. An incompetent person remains incompetent,” he said.

The PML-N leader maintained that it was not the government, but a circus that will continue to go on.

On the other hand, Ahsan Iqbal said that the government was displaying the worst non-seriousness. “We should be careful as the enemy could benefit from the situation,” he added.