Some days are grumpier than others 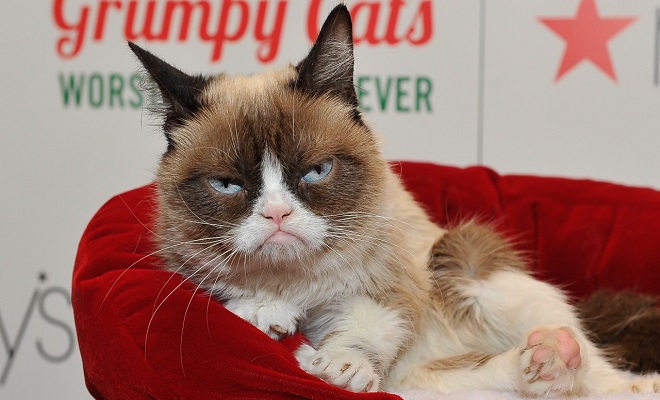 The Grumpy Cat, that went viral back in 2012 owing to her perpetual expressions of disdain and crankiness has passed away. The announcement was made on the Grumpy Cat’s official Twitter handle by her family, revealing the seven year old cat died to due a urinary tract infection on May 14th.

The Grumpy Cat, whose actual name was Tardar Sauce had launched an empire worth millions with her cranky expressions. The cat died in the arms of her owner, Tabatha, while the family, wrote on Twitter, “Some days are grumpier than others.”

Some days are grumpier than others… pic.twitter.com/ws209VWl97

The Grumpy Cat, once it became viral lived a life to rival those of the A line celebrities of today: she travelled the world making television appearances, had her own Christmas film and  a wax statue at Madame Tussauds in San Francisco.