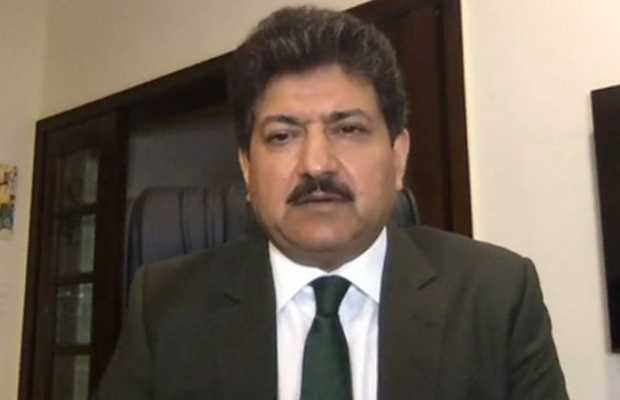 Hamid Mir appeared on BBC’s HARDTalk with Stephen Sackur a day earlier and spoke about various topics including media censorship in Pakistan, how he gave coverage to PM Imran Khan, the new media laws being planned, and who is behind the attacks on journalists in the country.

'I'm ready to face life imprisonment' says Pakistani journalist @HamidMirPAK who faces accusations of sedition and has been suspended from his TV job and newspaper column after speaking out against attacks on press freedom in the country pic.twitter.com/kXuSvozXXi

Senior journalist Hamid Mir is facing a ban from GEO News after the critical remarks he made against the establishment after journalist Asad Toor was attacked at his home in Islamabad earlier this year in May.

“I am banned on my TV channel and I cannot write my regular column in my newspaper. This is not the first time. When Pervez Musharraf was in power, he also banned me on TV but you see, he was a military dictator, he only banned me on TV, he never banned me in the newspaper. Now Mr. Imran Khan is the prime minister of Pakistan, and now unfortunately not only am I banned on TV but I am banned from my newspaper column. So there is democracy in Pakistan but there is no democracy. There is a constitution in Pakistan but there is no constitution. And I am a living example of censorship in Pakistan,” said Hamid Mir.

'All those people who are trying to snatch media freedom from us are enemies of Pakistan' says banned Pakistani journalist @HamidMirPAK pic.twitter.com/PKNluDrpJh