Pakistan has taken a step towards peace! 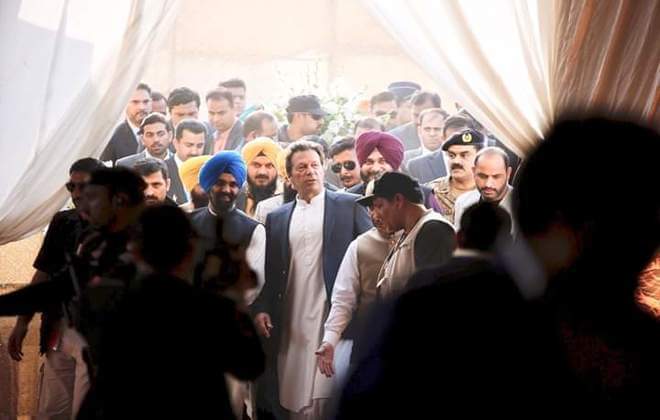 It was a historic speech by the Pakistani prime minister Imran Khan at the groundbreaking ceremony of Kartarpur Corridor. The vision he has provided with could pave the way forward for India and Pakistan peace.

The speech by Pakistani PM was a real diplomatic high. PM Imran Khan said that the Pakistani government, opposition, army and all institutions are on the same page for improving relations with India ‘friendly neighborhood’, consensus that trade, people and people contacts, religious tourism etc., needed to be urgently enhanced for benefit of the people. 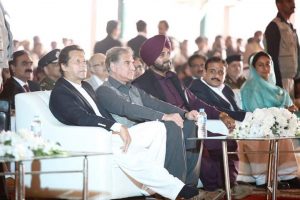 Here within are the important points from the speech:

PM stressed that the core dispute between both countries is Jammu & Kashmir which can only be resolved through dialogue. Stated that unless better sense prevailed in India we may have to wait for Sidhu to become PM.

PM Imran Khan calls for settlement of Kashmir dispute with India. “The only issue between us is Kashmir, all it needs is just two capable leaderships to resolve this issue. Just imagine the potential we have if our relationships get strong”, said PM

While speaking at the Kartarpur groundbreaking ceremony, the PM has also emphasized that visionary leadership and will are needed to overcome the extremely difficult Pakistan and India relations. He further added that both countries had to move beyond point scoring and pull their people out of poverty and disease.

He also stressed that it would be madness to think about a war between two nuclear powers.
The PM also talked about the criticism which Sidhu has faced in India for visiting Pakistan.

“I heard there was a lot of criticism of Sidhu when he went back after my oath-taking ceremony. I don’t know why was he criticised. He was just talking about peace & brotherhood. He can come and contest election here in Pakistan’s Punjab, he’ll win”, said Imran Khan.

#WATCH Pakistan PM Imran Khan: I don't know why was Sidhu criticised (in India). He was just talking about peace. He can come and contest election here in Pakistan, he'll win. I hope we don't have to wait for Sidhu to become Indian PM for everlasting friendship b/w our nations. pic.twitter.com/yPdWCJDYAr

Navjot Singh Sidhu at the event thanked his friend PM Imran Khan for doing what couldn’t be done in 71 years and expressed heartfelt gratitude and thankfulness of the entire Sikh community for Pakistan.

Unfortunately, the reaction from Indian side was cold as always, Indian External Affairs Minister Sushma Swaraj in a statement said, “For many years the Indian Government has been asking for this (#Kartarpur) corridor, only now Pakistan responded positively. It doesn’t mean the bilateral dialogue will start because of this, terror & talks can’t go together”

Here is how world reacts to the historic event on social media:

As 2 ministers present at Kartarpur talk amity, Ext Affairs Minister Sushma Swaraj says no chance of a thaw with Pak. A Punjab minister present, but his boss Amarinder warns Pak General Indian Army is ready. Don’t blame Pakistanis if they think we act like headless chickens

What an inspiring speech by Prime Minister @ImranKhanPTI at Kartarpur! He promises to take two steps towards peace for every step India takes.

When politicians fail to lead people to peace,then compelling circumstances&people force them to bow&bend.This is what is happening right now. Despite strong opp to peace talks,New Delhi has been forced to send its ministers to participate in Kartarpur ceremony. Power of Peace✌️ https://t.co/525x96IxN7

Thank you Gen. Qamar Bajwa and the Military establishment for allowing the opening of Kartarpur corridor. As a Pakistani I request similar gesture from your side for the remaining borders with China, Afghanistan, Iran and India so we can move, develop, progress and trade freely.

Opening of Kartarpur corridor is a good gesture for peace in subcontinent & a message of amity for Sikhs.But India is downplaying the event & response is not encouraging..Such initiatives must bring dividends,I am afraid not in this case..

When I told my son (in NY) about the Kartarpur corridor (he's clueless about what the Khan govt has done in the last three months and what the Govt agenda is), he said: This man [Imran Khan] is going to do great things.

And then he added: This is a historic event.

Watch my Exclusive: @HarsimratBadal_ first remarks on #KartarpurCorridor opening in Pakistan. "I am too emotional, " she tells me, "there are no words to describe what I feel. Guru Nanak's message is the best way to start a new peace initiative for our countries" #Kartarpur pic.twitter.com/GIo6EPjVGj

If terror & talks can't go together, how exactly were you lot asking the Pakistani government to open the Kartarpur corridor, sign language? https://t.co/9Ifbuy6aEM

Opening of Kartarpur border, a masterstroke by Imran Khan, his reputation as a leader only enhanced on world stage. Indian government & lobbyist unsure how to react to this, massive diplomatic win #kartarpur

A step in the right direction!#Kartarpur
Sanity must prevail and India must reciprocate with similar steps.#SikhCommunity welcome to Pakistan.

Totally bizarre the logic of BJP/RSS calling Navjot Singh Sidhu a traitor for going to Kartarpur Sahib while sending two Sikh central ministers for the ceremony. We could’ve presented a better face of our democracy to Pakistan

tweet
Share on FacebookShare on TwitterShare on PinterestShare on Reddit
Saman SiddiquiNovember 29, 2018
the authorSaman Siddiqui
Saman Siddiqui, A freelance journalist with a Master’s Degree in Mass Communication and MS in Peace and Conflict Studies. Associated with the media industry since 2006. Experience in various capacities including Program Host, Researcher, News Producer, Documentary Making, Voice Over, Content Writing Copy Editing, and Blogging, and currently associated with OyeYeah since 2018, working as an Editor.
All posts bySaman Siddiqui